With the country grappling with the devastating effects of the ongoing COVID-19 pandemic, the provinces of Negros Occidental and Iloilo have seen their local officials exert all efforts to mitigate the further spread of the virus, take care of suspected cases and treat patients in hospitals, and address the needs of hard-hit constituents.

Lending a hand in dealing with this unprecedented crisis are various private sector-led relief efforts from corporations and NGOs in the region—interventions that have helped ease the strain experienced by local governments, especially those whose jurisdictions cover vulnerable and marginalized communities.

Among the companies that readily answered to the call for support is Coca-Cola, which has bottling plants in Brgy. Mansilingan in Bacolod City and in Brgy Ungka-II in the Municipality of Pavia, Iloilo.

These two sites collectively employ over 600 regular personnel; with the pandemic, Coca-Cola has doubled down on prioritizing the welfare of its people and on providing support to the communities that has opened their doors to the company’s sites.

In line with its nationwide relief efforts, Coca-Cola has been working to reach as many communities in Negros Occidental and Iloilo; to date, a total of 146,803 liters of beverages have been distributed to beneficiaries, including direct support to LGUs, hospitals and municipal health centers, various checkpoints in different towns, and police stations. 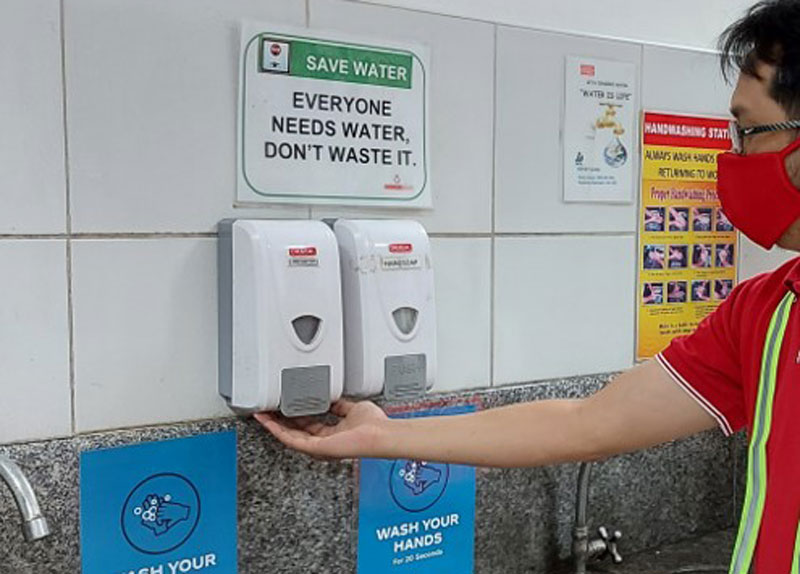 Frequent hand sanitation is a must for Coca-Cola employees—sanitizer dispensers are placed in strategic areas within the Bacolod plant.

Municipal Health Center, Medicus Medical Center as well as police stations in Sta. Barbara, New Lucena, Lapaz, Mina and Jaro were among those that received aid.

Alongside COVID-19 relief mobilization efforts, Coca-Cola has been making sure that the health and well-being of its employees are taken care of. This was done through an employee assistance fund that ensures all employees got paid during the quarantine period, and it covers the advanced payout of the 13th month pay and full HMO coverage. 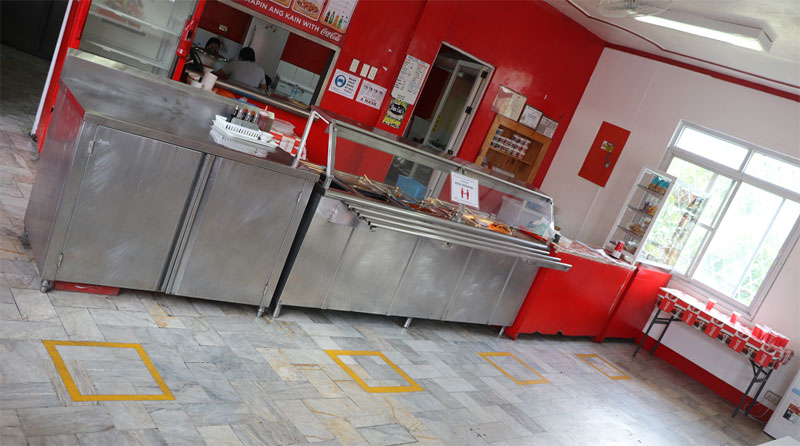 Floor markings have been placed around sites, such as in the canteen of Coca-Cola Iloilo plant seen here, to provide visual cues in order to practice physical distancing.

Moreover, to ensure safety within plant facilities, Coca-Cola heightened its protocols such as temperature monitoring upon entry, mandatory wearing of face masks within the facilities and outside when dealing with customers, and regular disinfection and sanitation of workspaces, trucks, and other equipment.

As the COVID-19 pandemic in the Philippines remains a developing situation whose challenges we must keep battling, support from the private sector can indeed go a far in filling existing gaps while augmenting aid provided by the government. Assistance from companies like Coca-Cola are very much appreciated, and help to concretely illustrate the benefits and advantages of strong public-private partnerships between the government and private sector.