In a move to provide economic development, generate more jobs and expand Iloilo City’s area without sacrificing the farmlands within the metropolis, a private real estate development corporation has proposed a P45-billion worth of reclamation project. 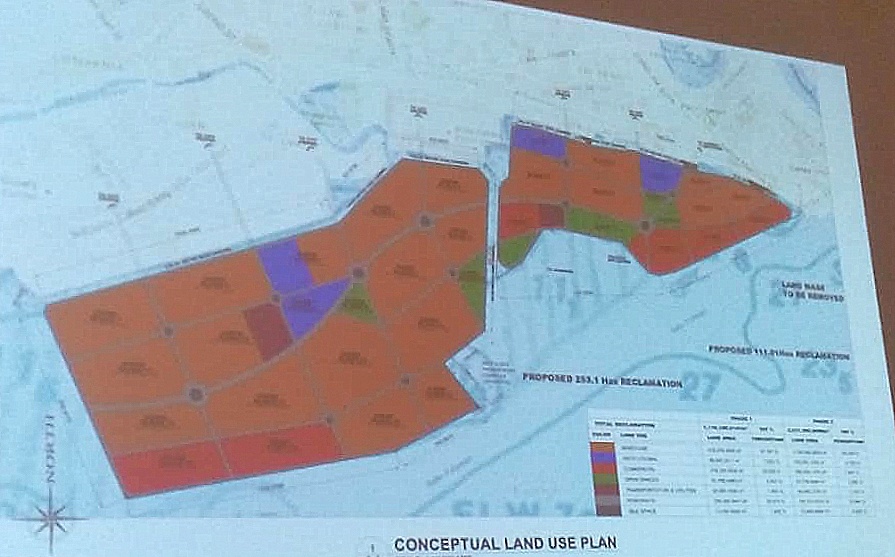 Marikudo Real Estate Development Corp. (MREDC), in partnership with Sunwest Group of Companies and Van Oord, presented to the City Hall the Iloilo City Reclamation Project which will cover 365 hectares of reclaimed land in Iloilo Strait along coastal barangays from Ortiz, City Proper to Calumpang, Molo.

Mayor Jed Patrick Mabilog said the proposal signifies the continued trust and confidence of business sector to the City Government.
“There are reclamation projects in other areas like Manila, Cebu, and Bacolod, among others. I hope that the Ilonggos will see the positive contributions brought by this proposed reclamation project,” Mabilog added.

City Administrator Atty. Hernando Galvez said the City Government will also study the technicalities and will conduct consultations regarding the proposed venture.

“The project means expansion of our territory. A bigger territory means bigger share of Internal Revenue Allotment (IRA) and this also means a lot of job opportunities,” he stressed.

“This project will attract more visitors not only in Philippines but also abroad considering that this will be venue of five-star hotels,” Galvez added.

The economic endeavor is expected to commence in two years, provided that the project will be approved by the Philippines Reclamation Authority (PRA) and will be done through a Swiss challenge.

MREDC president Ronnie Baterna said the reclamation project will provide new and great opportunities brought by new businesses and industries, and will increase the revenue and employment services of the City Government.

“We are confident that the Iloilo City Reclamation Project will be the new city center of progress that will serve future generation of Ilonggos,” said Baterna.

He revealed the proposed reclamation project will create “new islands.”

“Island A is approximately 115 hectares while island B will be 250 hectares which will be connected by two bridges. It will extend from Fort San Pedro up to the area between Calumpang and San Juan, in the vicinity of Third Street in Barangay San Juan near the Holy Rosary Reflection Center,” noted Baterna.

These will be linked to mainland thru seven bridges, he added.

“Iloilo City is really moving forward and we think that this is the time to do the project. We also notice that most developments are pushing towards the areas where farmlands are, so the idea really is to move back to the sea and reclaim the land for future developments,” Baterna said.

He made it clear that those living near the proposed reclamation project will not be displaced.

“Residential areas will not be affected because the reclamation project is an island and there will be 40 meters gap from the island and residential areas to allow the flow of water; and we will also comply with the Environmental Compliance Certificate (ECC),” Baterna stressed. [via Iloilo City PIO | Photo by RMN Iloilo]