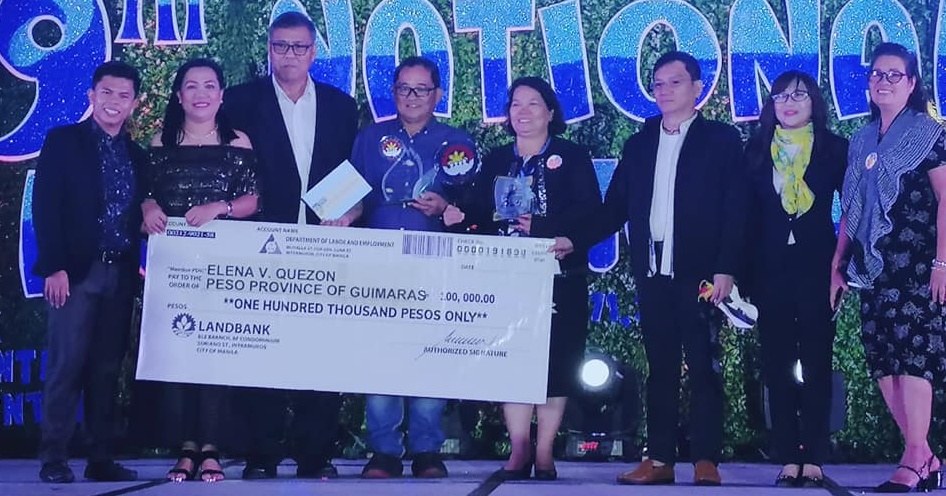 The Guimaras Provincial Employment and Services Office (PESO) was hailed the grand champion in the National Search for Best PESO under the fourth class province category at the recently concluded 19th National PESO Congress at SMX Convention Center at Bacolod City, Negros Occidental.

The island-province beat Quirino Province to snag the prestigious award.

A prize of Php 100,000 was also awarded to Guimaras for its excellent performance in employment facilitation in the province.

The recognition was given to Guimaras after placing the highest number of job seekers that were given employment.

Ms. Elena V. Quezon explained that the implementation of the province’s PESO of all the mandatory functions to generate jobs for the Guimarasnons and the support for alternative employment, cleared the way for the island to become the grand winner in the entire nation.

Some of the programs implemented by Guimaras PESO according to Quezon is the summer employment for students as well as facilitation of trainings to improve the employability of the island’s labor force.

“We win as best PESO since we had been institutionalized. We allocated funds to provide summer employment for students and we coordinate trainings to improve the employability of our labor force,” Quezon said.

Further, the said honor will enable the province to access more assistance from the Department of Labor and Employment (DOLE) and to provide more livelihood for the agri-labor force in Guimaras.

She emphasized that no stone has left unturned to create job opportunities for the people of Guimaras; thus, the province have only six percent unemployment rate.

Ms. Quezon explained that PESO-Guimaras not only actively works for creating jobs but inculcates to Guimarasnons the importance of starting their own business or collectively initiate a livelihood program as a source of income.

Moving forward, Quezon vows to strengthen the efforts of Guimaras PESO in improving the quality of the province’s labor force along with its goal to organize the overseas Filipino workers (OFWs) all over the island.

“Next step is to strengthen our efforts in improving the quality of our labor force,” she added.

The 19th National PESO Congress with the theme: “Sa PESO may disenteng trabaho ang bawat Filipino” was organized by the Department of Labor and Employment-Bureau of Local Employment in cooperation with the PESO Managers Association of the Philippines, Inc. 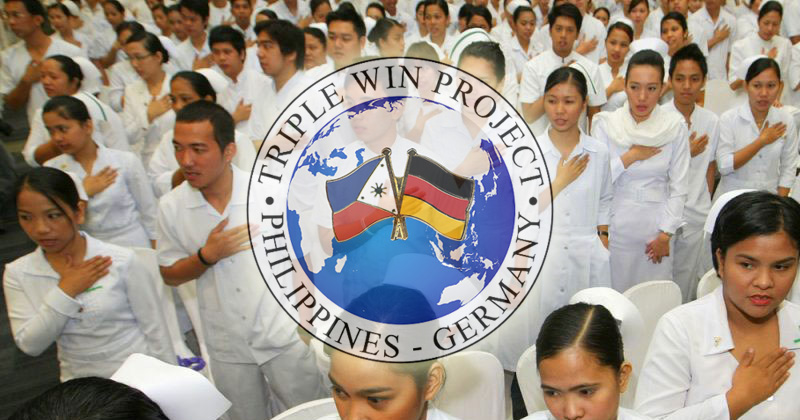