Iloilo City is a recipient of the National Anti-Drug Abuse Council (ADAC) Performance Award by the Department of the Interior and Local Government (DILG) following the 2017 ADAC Performance Audit-National Calibration. 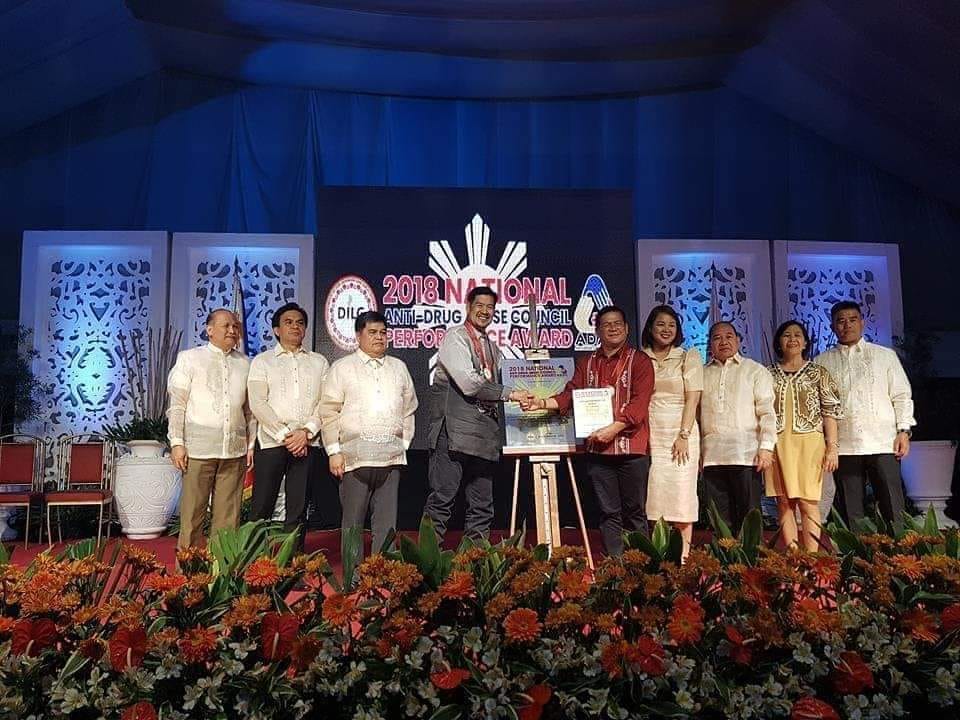 “This is a manifestation that Iloilo City’s ADAC (ICADAC) is functioning well and that we at the council are doing our best in order to sustain our drive against illegal drugs campaign in support to the campaign of President Rodrigo Duterte. Rest assured that our efforts in sustaining this drive will not stop after we are considered as one of the awardees, instead, this will continue as long as there is someone in our city who is engaged in illegal drug activities,” Mayor Jose Espinosa III said.

Awarding ceremony was held on Dec. 28 in Metro Manila.

Espinosa said the City Government is not letting-up in the campaign against illegal drugs.

As directed by the ICADAC, all 180 barangays here or 100 percent already have duly constituted Barangay ADAC.

The city police work in securing the people and ensuring maintenance of peace and order generated positive results through enhanced mobility with more vehicles and logistics, ably supported and funded by the City Government’s Peace and Order Fund.

A Treatment and Rehabilitation Program or the Crossroads: Community Change Center was also established by the City Government for those who use illegal drugs. It has produced a total of 705 graduates wherein 199 graduated from the first batch, 201 in second batch, 175 in the third batch, and 130 in the fourth batch.

Espinosa stressed the city is giving full support and cooperation to other anti-drug programs and advocacies of various national government agencies.

On September 14 of this year, the DILG issued the Memorandum Order 2018-159 for the implementation of the nationwide 2017 ADAC Performance Audit.

The audit criteria includes the organization of local ADAC that is consists of creation or reorganization and composition of members pursuant to DILG MC 98-227 and 2012-94; conduct of quarterly meetings; allocation of funds for the implementation of anti-drug activities as indicated in the Peace and Order and Public Safety (POPS) plan; implementation for ADAC plans and programs which include the actual utilization of budget vs. its target, actual physical accomplishment vs. the target, drug-cleared barangays within the province, city or municipality, timeliness of implementation, and establishment of Special Drug Education Center or its equivalent facility (for provinces only); support to the ADACs in component LGUs including formulation of community support, aftercare and reintegration (CSAR) Plan (for cities and municipalities); and innovation.

The Phase 1 of the Performance Audit which includes Data Gathering Phase started on September to October 2018; Phase II or Verification Phase was held on October 25 to November 28; Phase 3 which was the Finalization and Calibration Phase was held from November 29 to December 11; and Phase 4 or Presentation of Results of the list of 2018 High Functioning ADACs based on the validation of the National Audit Team was held on December 12.

The last phase which was posting the approved list was also held this December. (Merianne Grace Ereneta/Iloilo City PIO)