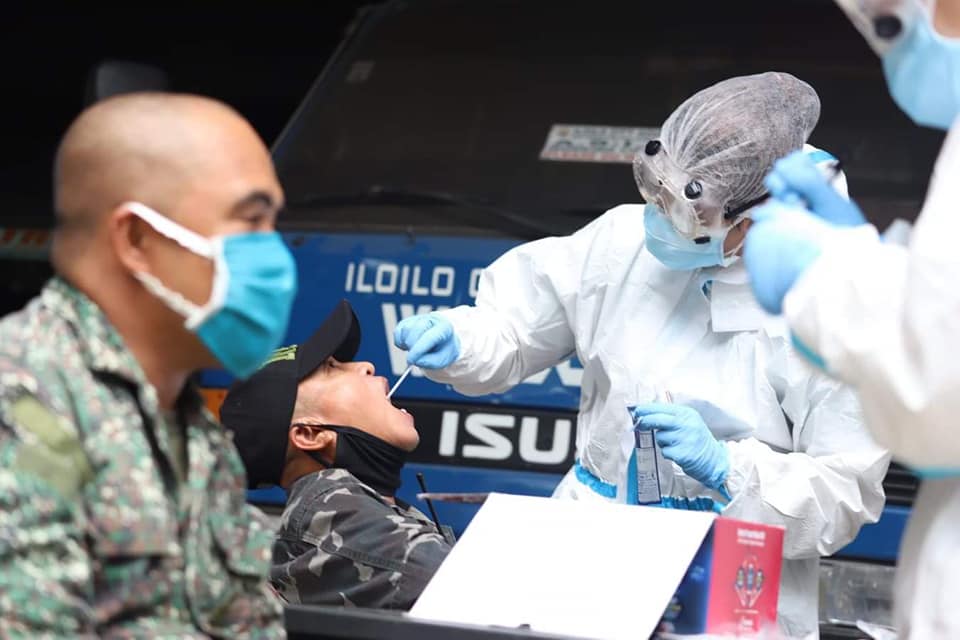 To date, there were 1,969 people swabbed for Polymerase Chain Reaction (PCR) tests. Some 600 results were released while 1,300 specimens are pending.

These include contacts of confirmed cases, health and security frontliners and frontline employees of City Hall.

As of May 11, Iloilo City posted 16 confirmed cases including 10 repatriates, according to Department of Health (DOH)-6.

Treñas said some P15-million has been allotted for the establishment of testing laboratory in city-owned property in Molo district.

He was optimistic for accreditation from Research Institute for Tropical Medicine (RITM). The new facility is expected to augment capacity of Western Visayas Medical Center in Mandurriao district which serves as the sole laboratory in Region 6.

The mayor added that three private hospitals including The Medical City Iloilo in Molo, Metro Iloilo Hospital and Medical Center in Jaro and Qualimed Iloilo in Mandurriao expressed interest for accreditation as testing centers.

“A number of policymakers and leaders from the public and private sectors in the country believe that mass testing is key to reopening the economy in the absence of a vaccine or a reliable treatment for the coronavirus,” League of Cities of the Philippines (LCP) stated.

Cities have conducted localized mass testing to identify and manage COVID-19 in their localities.

“A good number of these programs are made possible by partnerships with public health institutions and the private sector to mitigate the impacts of the COVID-19 pandemic,” LCP added. (Iloilo City PIO)