“More fishes in the river actually makes the river alive,” MORE Power President and COO Roel Z. Castro said during the program after the fish dispersal.

“If we see that the river is alive, it means that the initiatives of the LGU in cleaning the river, in instilling the discipline in people, and regulating how it should be is very much alive.” 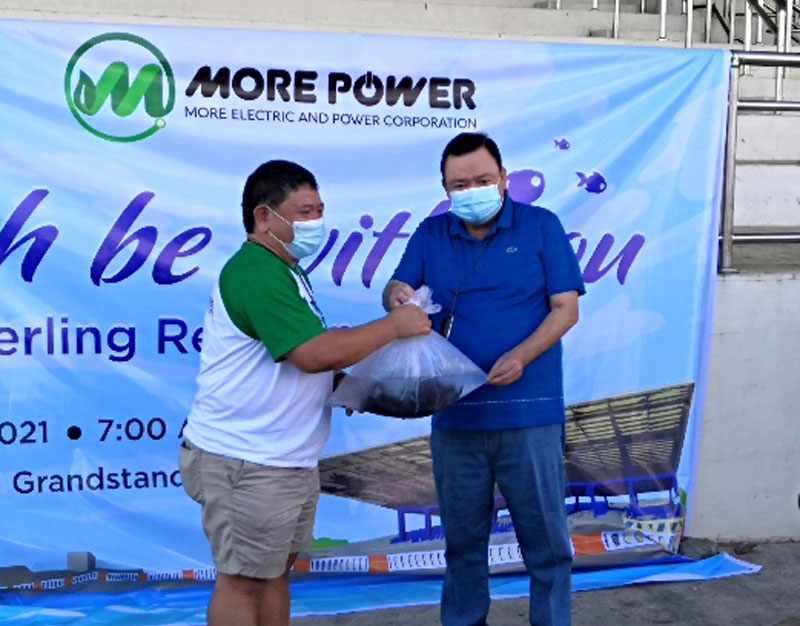 Aside from the releasing of juvenile fishes, MORE Power also donated 23 life jackets to city personnel who maintain the Iloilo River.

A few weeks back, the employees of the DU also participated in the mangrove planting initiative of the City Government in the river.
Castro said that these efforts are part of the company’s month-long anniversary celebration as Iloilo City power distributor. The number of fishes is symbolic of its franchise, which is now 2 years old (730 days) after it was signed into law by President Rodrigo Duterte on February 14, 2019.

Mayor Jerry Treñas was grateful that MORE Power “got involved in so many community programs of the city.”
“It is not always that you will see that a utility company that is also involved in the propagation of fish in the Iloilo River,” Treñas said.

“This is really part of our program when we said that we are going to level up Iloilo City. Even the fish has leveled up,” Treñas added.
He also thanked the company for proactive efforts in fixing the city’s power distribution system and the relentless drive to clean up the barangays from power pilferers.