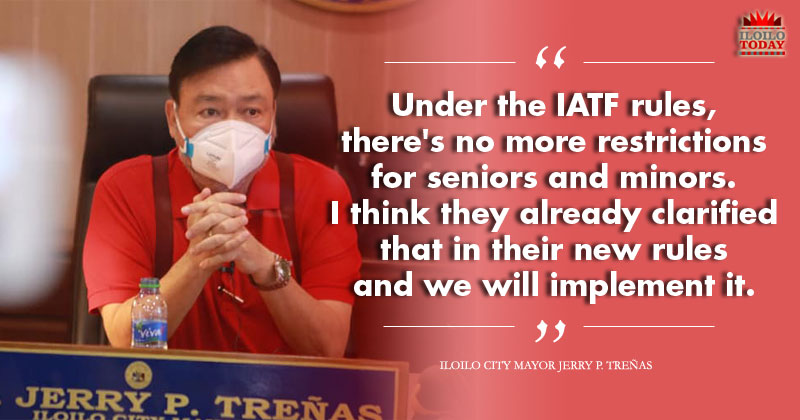 Senior citizens and those who are 20 years old and below in Iloilo City may now go out in public, Mayor Jerry Treñas said.

In a radio interview, Treñas clarified that the previous restrictions on senior citizens and minors have been lifted under the guidelines of Inter-Agency Task Force for Emerging Infectious Diseases (IATF-EID) on areas under Modified General Community Quarantine (MGCQ).

“Under the IATF rules, there’s no more restrictions for seniors and minors. I think they already clarified that in their new rules and we will implement that starting today,” Treñas said.

This is based on the recommendation of the National Inter-Agency Taskforce as approved in the 46th Inter-Agency meeting on June 15.