NO SIGNAL: NTC orders telcos to shutdown network during Dinagyang

Those who will enjoy Dinagyang Festival highlights will have problems communicating to each other as National Telecommunications Commission (NTC) ordered Smart and Globe networks to shutdown their cell sites in key areas in Iloilo City on January 21-22, 2017. 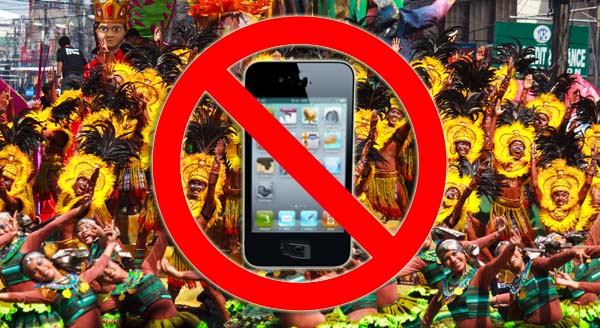 Iloilo Dinagyang Foundation Inc. (IDFI) and the Philippine National Police (PNP) have requested the NTC to shutdown cellular phone signals during the two-day highlights of the festival. NTC obliged by directing the shut-off of ‘any cell site (base stations) within one (1) kilometer radius from the center of two (2) event venues’ covering the following areas:

Here’s the memo sent by NTC: 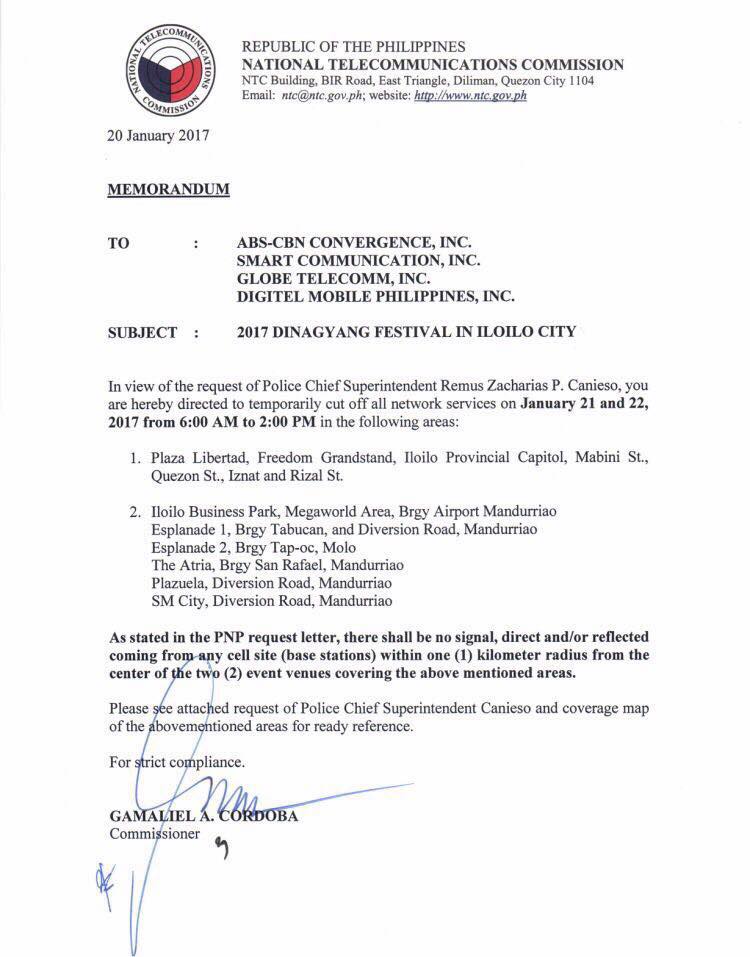 Thousands of spectators are expected to watch the Kasadyahan Festival on January 21 and the Ati-ati Tribe competition on January 22.

Here’s the full advisories of both the Smart and Globe networks:

Nearby areas and surrounding municipalities may also be affected if mobile phone signals coming from cell sites servicing these places reach the main festival zones. We shall provide further information as needed during the festival.

We have been instructed to take this action by the National Telecommunications Commission and the Philippine National Police in the interest of public safety.

We will restore our mobile phone services as soon as we are given the go signal by the authorities.

Thank you for your patience and understanding.

As part of security measures during the Dinagyang Festival, our signal will be blocked on Jan 21 and 22 from 6 AM to 2 PM in Iloilo City Proper, Mandurriao, Jaro, La Paz and Bo. Obrero. Call, text and mobile data will be unavailable during this period. This is in compliance with the directive of the National Telecommunications Commission. We’ll continue to send updates on the unblocking of signal. Please follow @Talk2GLOBE on Twitter. Thank you.

Telecommunications companies also put off their cell sites during the Black Nazarene procession in Manila and Sinulog Festival in Cebu last week.

Palace gives go-signal for distribution of 2nd tranche of SAP