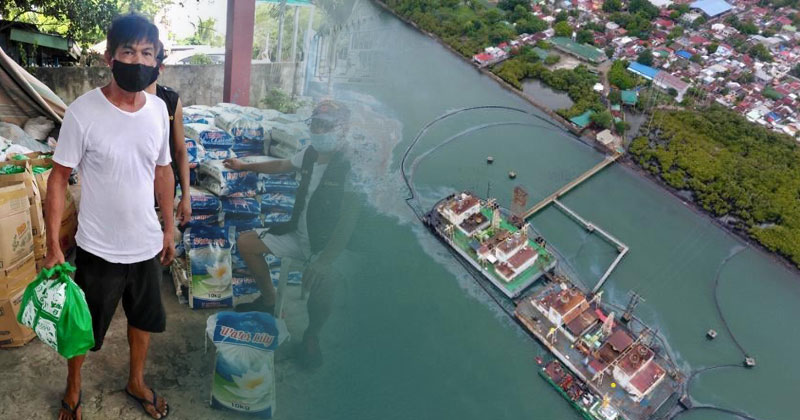 All of 308 families affected by oil spill in two barangays in Iloilo City have safely returned to their homes as of Saturday, July 18.

AC Energy Philippines, owner of the Power Barge 102 which exploded due to ‘unfortunate accident’ last July, confirmed that the last remaining 41 households from Bo. Obrero Zone 3 passed the community reintegration parameters after staying in hotels for over a week.

The set of parameters which ensured the safe return of evacuated families was developed executed by a multi-stakeholder task force composed of the various barangays in Iloilo City, Iloilo City Government and its various offices, Philippine Coast Guard, and AC Energy Philippines and its consultant AECOM Philippines, and cleanup contractor Harbor Star Shipping Services Inc.

Aside from providing hotel accommodation to evacuees, AC Energy in collaboration with the various barangays in Iloilo City has distributed 2,350 food packs to communities of Loboc, Mansaya and Obrero

“I’m contented with the overall response of AC Energy. Our City Legal Office thru Atty. Cuñada is already talking to them on how they can further help our citizens,” Treñas said.

Similar to the action plans and commitments made for Iloilo City, AC Energy and AECOM presented the spill assessment update and criteria called Shoreline Clean-up and Assessment Technique (SCAT). This method based on international standards, is used to survey and document the impact of spills on shorelines, and the effectiveness of cleanup activities and conduct post-cleanup inspections and evaluations. The assessment includes fisheries and mangrove rehab.

Gumarin stressed the importance of a speedy clean-up of the affected coastal barangays to mitigate the economic impact of the disaster.