Conglomerate San Miguel Corporation (SMC) has taken another major step in the area of sustainability, by laying the first recycled plastics road in the Philippines.

Asphalt using plastics were laid on a 1,500-square meter pilot test site at a new logistics center in General Trias, Cavite. The test site was chosen as it will be used primarily as a marshalling area for trucks with heavy loads, including 18-wheelers, and heavy equipment.

SMC president Ramon S. Ang said: “What we want to achieve is to help address an important environmental issue, and that is plastic wastes. We want to create a sustainable use for waste plastics so that they don’t end up in landfills and our rivers and oceans.”

Some 900 kilos of plastic waste, equivalent to some 180,000 sachets and plastic bags, were used for the test site. 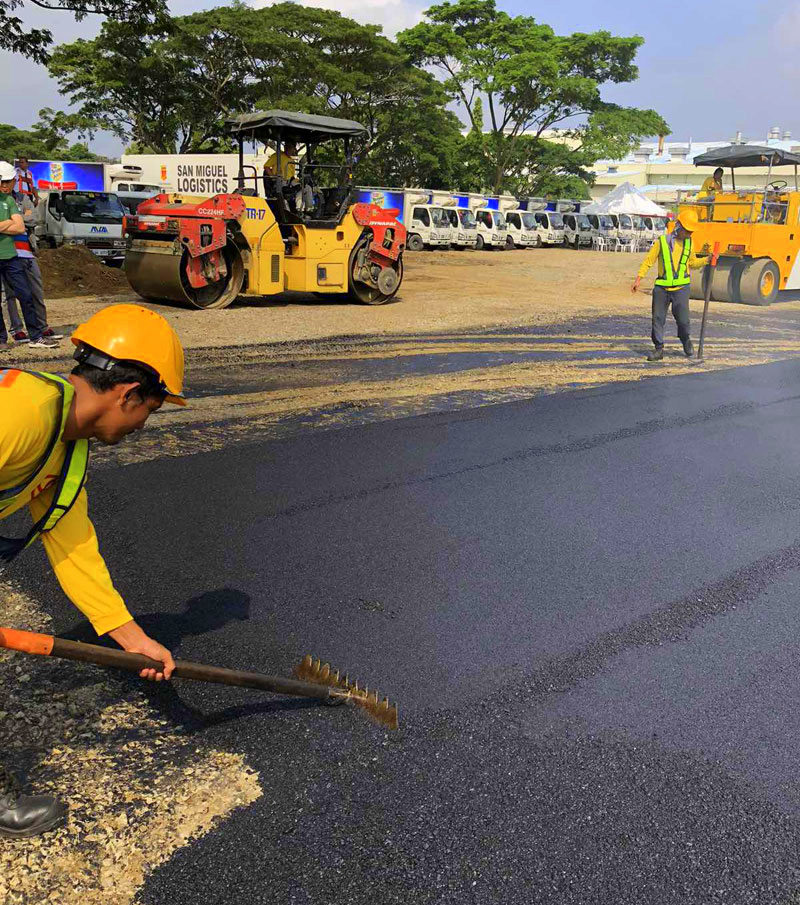 San Miguel Corporation (SMC) has recently started testing asphalt produced with recycled plastic waste and bitumen as additives on a 1,500-square meter pilot site at its new logistics center in General Trias, Cavite. Some 900 kilos of plastic waste, equivalent to some 180,000 sachets and plastic bags, were used for the test site. SMC president Ramon S. Ang says that the initiative is to address the plastic waste issue by creating a sustainable use for waste plastics that would usually end up in landfills, rivers and oceans. The company also earlier announced the shift to biodegradable plastic packaging for food and non-food products through the technology developed by Philippine Bioresins Corporation.

SMC’s technology partner, global materials science company Dow, said that recycled plastic waste acts as a binder together with bitumen, in the production of asphalt.

Independent lab testing done on San Miguel’s recycled plastics road asphalt shows that it exceeds the standards of the Department of Public Works and Highways.

The company said that pending further testing, it can build recycled plastics roads in its facilities as well as major infrastructure projects.

Last week, San Miguel also announced that it is adopting the use of biodegradable plastics for food and non-food products.

San Miguel has also discontinued its bottled water business a few years ago and embarked on the move to reduce group-wide non-product water use by 50% by 2025.