A Facebook post from a student of Roxas City school went viral online for bashing students of five Iloilo universities, and it turned out that it was from a fake account. 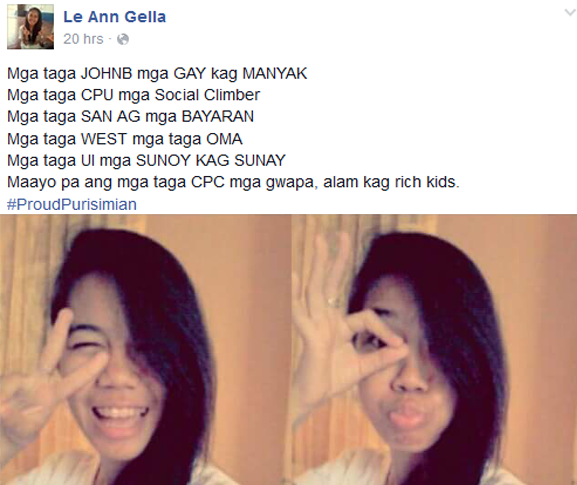 The post did not sit well with students and alumni of the universities, and they made it viral by sharing a piece of their mind on the issue. The post have been commented and shared over a thousand times in different Facebook pages and groups.

A certain Facebook user bearing the profile Le Ann Arrojado Gella, a student of Colegio dela Purisima Concepcion, then came out to clear her name, saying that it wasn’t her who made the post but a poser faked her account to destroy her reputation.

She has been receiving plenty of friend requests and follows in Facebook which eventually lead to abusive messages that distracts her studies, she added.