A man was pronounced dead in the hospital after he jumped from an overpass in intersection of Valeria and Delgado streets, Iloilo City on Tuesday. 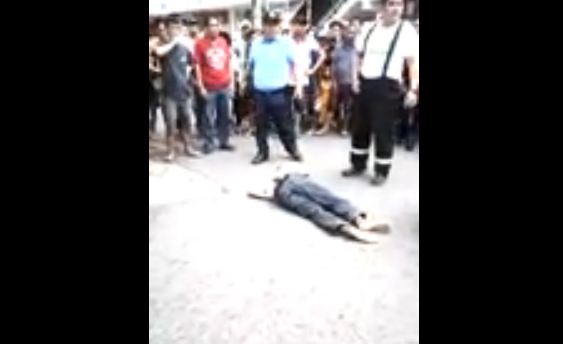 In a video uploaded by Bryan Losbañes in Facebook, the man climbed over the railings of the overpass and jumped to his death as soon as rescue firetruck arrived.

He has broken arms and wounds in the head, and later passed away in the hospital.

Sanglador was positively identified by his cousin, adding that former was suffering from nervous breakdown.