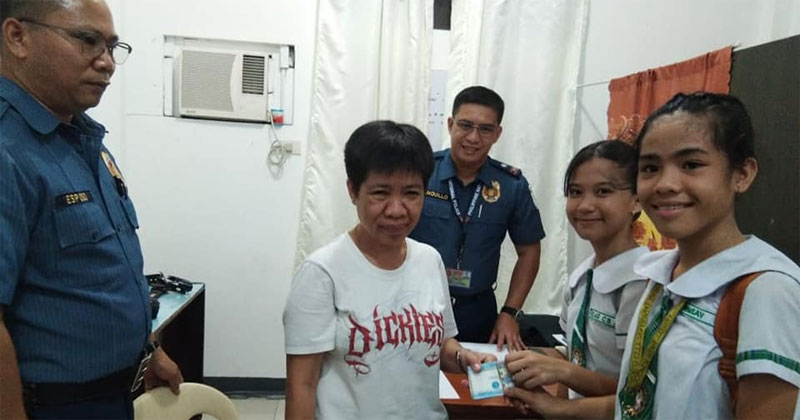 Cassandra Bea Elago and Sweza Piansay, Grade 7 Gemelina students of ICNHS, were on their way home after class around 4:30PM of October 3 when they found the money in a waiting shed near the gate of Bureau of Internal Revenue (BIR) Region 6 office. The found money was 30 pieces of 1,000 bills tied with a rubber band and wrapped with bond paper.

“We did not even count it. We decided to return the money right away,” said Elago, in an interview over RMN Iloilo.

Together with their friends, they immediately went to Molo Police Station to turn over the money for safekeeping while there are still no claimants. 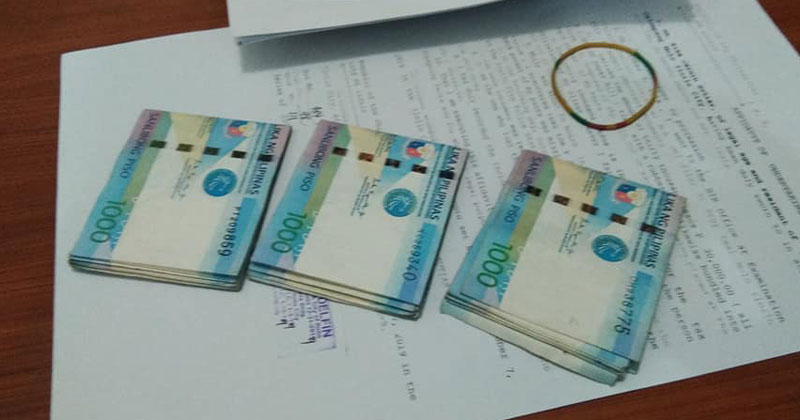 On Monday, October 7, authorities turned over the P30,000 cash to the owner Ma. Elsa Sotiar, a book keeper at Iloilo Central Market. Sotiar said that she lost the money after her transaction at the BIR office on October 3.

Police Major Engelbert Banquillo, chief of Molo Police Station, said that Sotiar’s description of the cash bundle is the same with the found items.

Dr. Blesilda Floro, principal of ICNHS, said that what the students did was an act worthy of praise and emulation.

“I am very happy with what the children did, something that is very rare nowadays. They did what is right by turning over the money to persons in authority,” said Floro.

Floro added that the school has a program called ‘Honesto’ by supreme student government that honors acts of honesty.

“We give honest students Certificate of Recognition during flag ceremony so that others would emulate their deeds when the same circumstances happen,” Floro said.

Floro thanked the students for their honesty, their teachers, guidance counselors, and parents for inculcating good values to these students.

“This is a big accomplishment of our students here in ICNHS, and I hope that other students will follow this example in the future,” Floro added. (Photos by Pcr Psmu Molo)