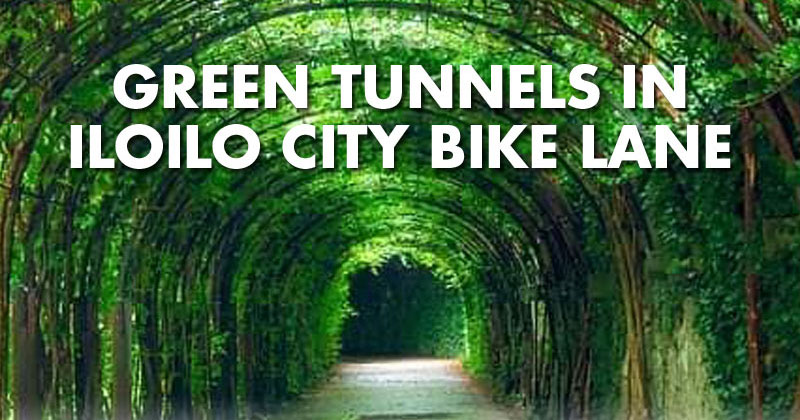 To have more ‘green streetscapes’ in the metropolis, Mayor Jerry P. Treñas said that the Iloilo City Government is finalizing plans for putting up ‘Green Tunnel’ project at the Diversion Road bike lane.

Treñas said that the project is one of the sustainable development plans of his administration to mitigate climate change and beautify the city.

“As I roamed around the city last Sunday, I looked for possible projects to help improve the way of life of our residents and beautify the city streets,” Treñas said in his official Facebook page.

“I tasked our City Engineer’s Office to develop a plan for sustainable development in different areas of the city. I asked them to make the Green Tunnel Project that aims to add green streetscapes. In the absence of trees, this will help soften out concrete roads as a climate change mitigation or adaptation measure,” he added.

Treñas said that the City Engineer’s Office has presented three designs for the green tunnels, which will be around 4.5 to 6 meters in length covered with vines and ornamental plants to be installed in some areas of the bike lane.

Aside from green tunnels, 32 waiting sheds adorned with vines and plants will also be placed in loading bays of the Diversion road. The sheds will be donated by Megaworld Corporation.