Strong gusty winds brought by southwest moonson ripped the facade of SM Delgado in downtown Iloilo City, and the Shops at Atria in San Rafael, Mandurriao over the weekend.

Facebook user Mel Bernabe posted in social media on Saturday 3 photos of the oldest SM store outside Luzon which shows the damages on its parapet walls and roof sections.

The ‘Department Store’ sign of the mall was nowhere to be found, and debris were piled up underneath.

The newly-opened Shops at Atria also sustained noticeable damages as the heavy rains and strong winds continue to batter the city.

The canopy of the shops has collapsed, prompting Mayor Jed Patrick E. Mabilog to order immediate closure of the entire complex until they get clearance from the structural engineer of the City engineer’s office.

The shops and restaurants had to cordon the area and suspend their operations as they clean the perimeter from debris. 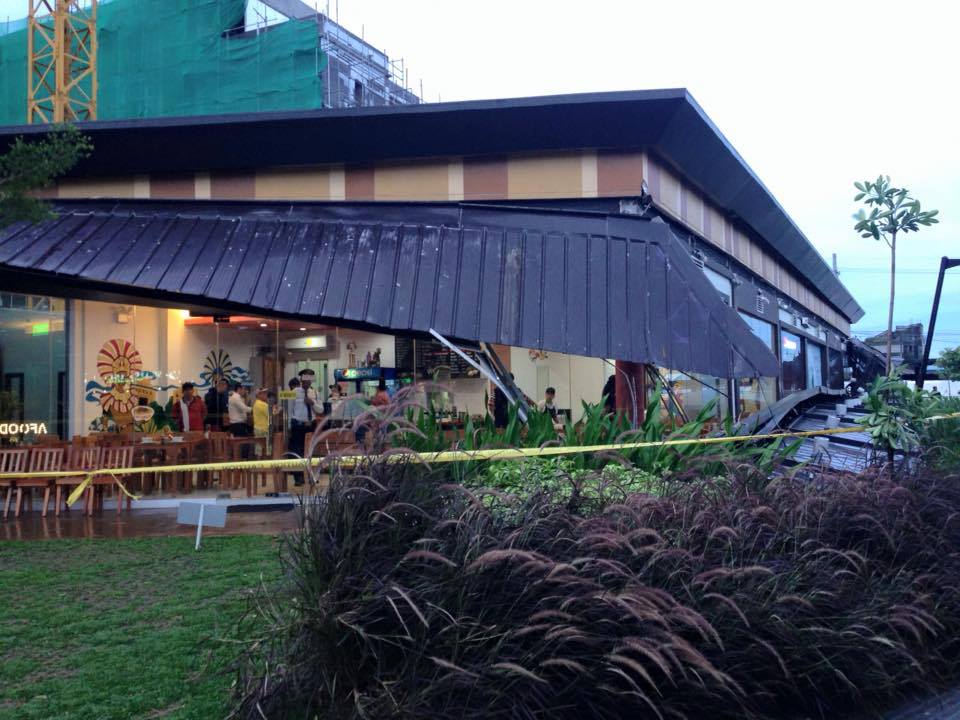 SM Delgado is set to undergo a facelift in a yet unknown schedule with its new look posted by an international architecture and planning company in their website.

The Shops at Atria, meanwhile, has just opened in May 2015. It houses around 25 stores and restaurants, as part of Atria Park District development of Ayala Land Incorporated.