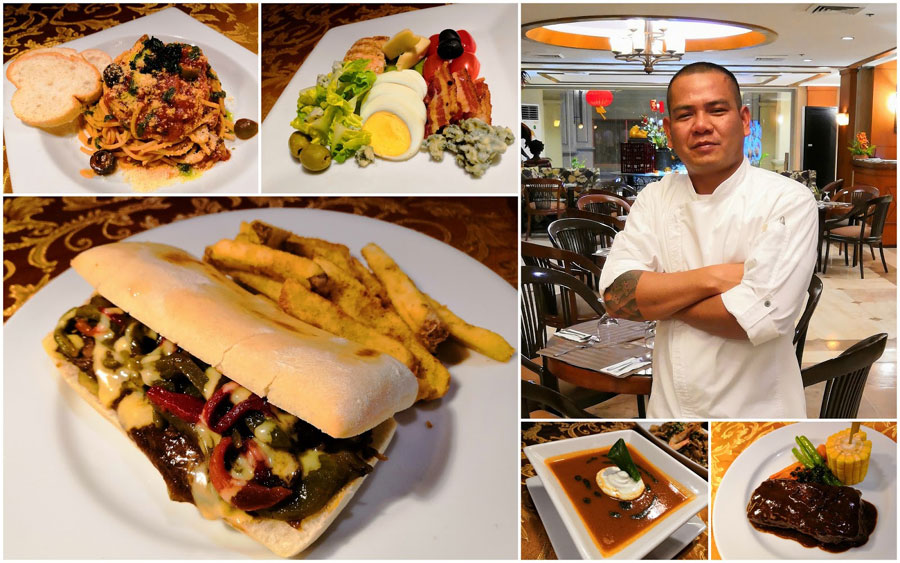 Iloilo’s iconic heritage hotel The Mansion is set to reclaim old glory in dining experience with the introduction of its new Executive Chef Arnie G. Pineda!

Keeping up to the hotel’s motto of “Gracious experience in a landmark destination,” Chef Arnie promises extraordinary renovation in the hotel’s menu and kitchen operation. His strong skill and vast experience in international cuisines and kitchen management will surely bode well with discriminating taste of Ilonggos and varied guests.

Born to a family of farmers in Pampanga, Chef Arnie discovered his passion for culinary arts when he was tasked to cook for his younger siblings while his parents were away toiling the fields. He would took the initiative to provide whatever he can find in their backyard and turn it into delectable dishes.

By the time he turned fourteen, Chef Arnie knew that he was destined to be a chef and immersed himself in the world of food.

His culinary career started when he landed his first commercial kitchen job as comis (line cook) at 17 years old, and became Chef de Partie at 20 years old. He then traveled to seven countries, worked in nine hotels and learned alongside renowned chefs in the industry.

Chef Arnie’s most notable culinary experience was working with Chef Wolfgang Fischer for five years in the Emirates Palace Hotel, then a 6-star hotel in the Middle East. He has also worked at the Constance Lemuria Luxury Resort in Sychelles, Biella Pizzaria Ristorante in Qatar, and at the Raffles Hotel in Singapore.

Chef Arnie received a number of accolades and awards for his talents. He was runner up in Gourmet Abu Dhabi 2012, a consistent Employee of the Month in 2004 in Qatar’s Biella Pizzaria Restaurant as Demi Chef de Partie, and in 2012 at the Emirates Palace Hotel as Jr Sous Chef. He is ISO 2000 Certified, ServSafe Certified, and HACCP Certified.

Recently, Chef Arnie and his ‘kitchen warriors’ welcomed Iloilo media and bloggers to The Mansion Lobby with scrumptious dishes that is now available in their menu. The 10 dishes served were a seamless fusion of Western and Asian cuisine, reflective of the executive chef’s vast experience around the world.

With Chef Arnie at the helm, The Mansion now offers breakfast, lunch and dinner buffets, and also merienda cena at The Lobby restaurant.

The Mansion Hotel Iloilo is one of the most prominent landmarks in Iloilo City – one of the Philippines’ fast-emerging destinations for commerce and tourism. Featuring a unique blend of Chinese, Spanish and Filipinos heritage and architecture, this iconic hotel offers traveler a gracious experience in a landmark destination.

The Mansion offers guests a sentimental charm and a calm respite from the city’s rapidly developing business and entertainment districts. The hotel provides a total of 91 spacious rooms and suites located in its Corporate Building, 3 restaurants namely The Lobby, Pool club and Freddie’s Kitchen + Bar, a banquet and events convention center that can accommodate over 1,000 people, a full service salon, and an outdoor swimming pool – all within the 1.5 hectare property nestled at the heart of the Iloilo City Proper.

The Mansion Iloilo is also just a short drive away from historical sites like the Jaro Metropolitan Cathedral, Molo Mansion, and Calle Real; Iloilo business centers, malls and entertainment complex. Also accessible are ferries to Guimaras, Palawan, Bacolod, CDO, and Cebu; and just 45 minutes away, the Iloilo International Airport offers domestic and direct international flights to Hong Kong and Singapore.