Iloilo City Government has formally opened the month-long celebration of the 77th Charter Day Anniversary with a mass and short program at the City Hall lobby, July 16, 2014. Check the schedule of activities below.

Mayor Jed Patrick E. Mabilog institutionalized the celebration in 2010. “As Ilonggos we need to relearn the city’s history and create a sense of ownership and identity – one that will rouse their spirit to serve their city with pride,” he said.

The celebration will have its highlight on August 25. Here’s the full schedule: 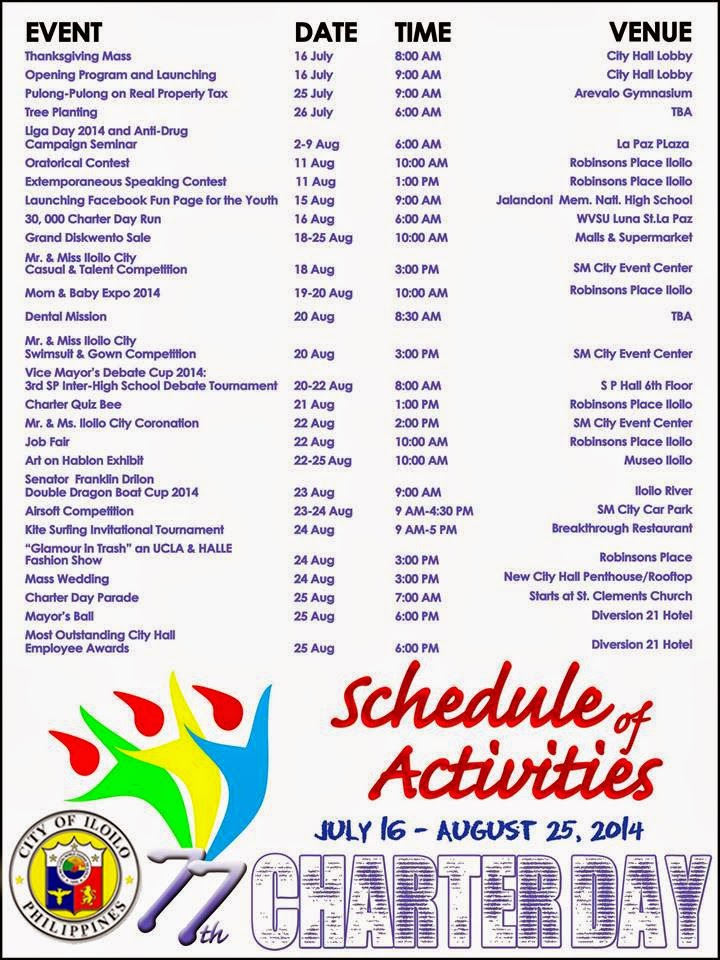 It should be noted that Iloilo became a city twice.

Local history shows that the municipality of Iloilo was then the chief port and trading center of Panay and Negros islands. So it was first elevated from a town to a city in 1889 during the Spanish colonial period.

However, it was reverted back into a town during the American colonial period.

Until the Commonwealth government, Iloilo was re-established as a chartered city when it was incorporated with the surrounding towns of La Paz, Mandurriao, Molo and Arevalo to form the City of Iloilo by virtue of Commonwealth Act No. 158 on July 16, 1937.

But its cityhood inauguration was held on August 25, 1937, thus the month-long celebration being practiced today.