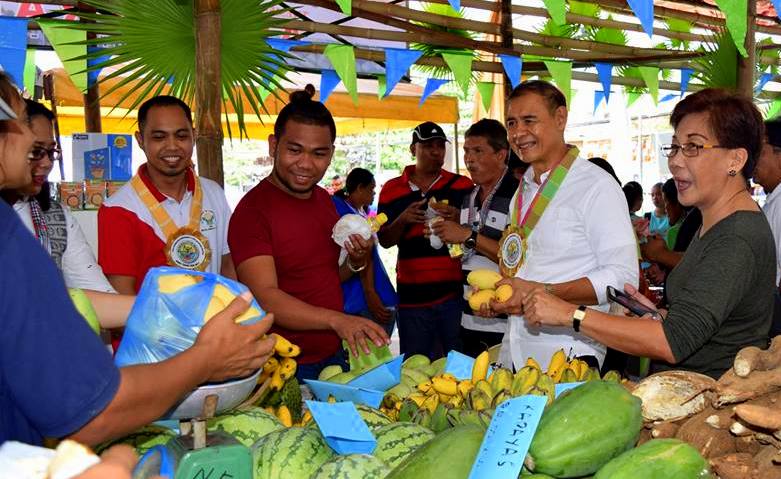 Municipal agricultural technologists April Joy Depamaylo said that over 66 farmer and fisherfolk groups are participating in the Agro-Trade Fair.

She said the trade fair features local agricultural products such as vegetables, fruits, ornamental plants, other crops, and fruit and vegetable by-products.

The trade fair also showcases the different indigenous and home-made products from various parts of the municipality.

The Office of the Municipal Agriculturists (OMA) said that Agro-Trade Fair serves a venue for farmers and fisher folks to show the skills they have learned from various seminars and workshops they have participated through the produce they exhibited.

The Department of Agriculture and the OMA have been providing the town’s farmers and fisher folks with technical assistance and equipment to improve their products.

The Salakayan Festival Agro-Trade Fair runs from February 6 to 12, 2017 at the municipal building grounds. [via PIA-Iloilo, Photo by Da-rafid Rfo VI]