A total of 348 centenarians in Western Visayas on Monday each received PHP100,000 cash incentive from the Department of Social Welfare and Development (DWSD). 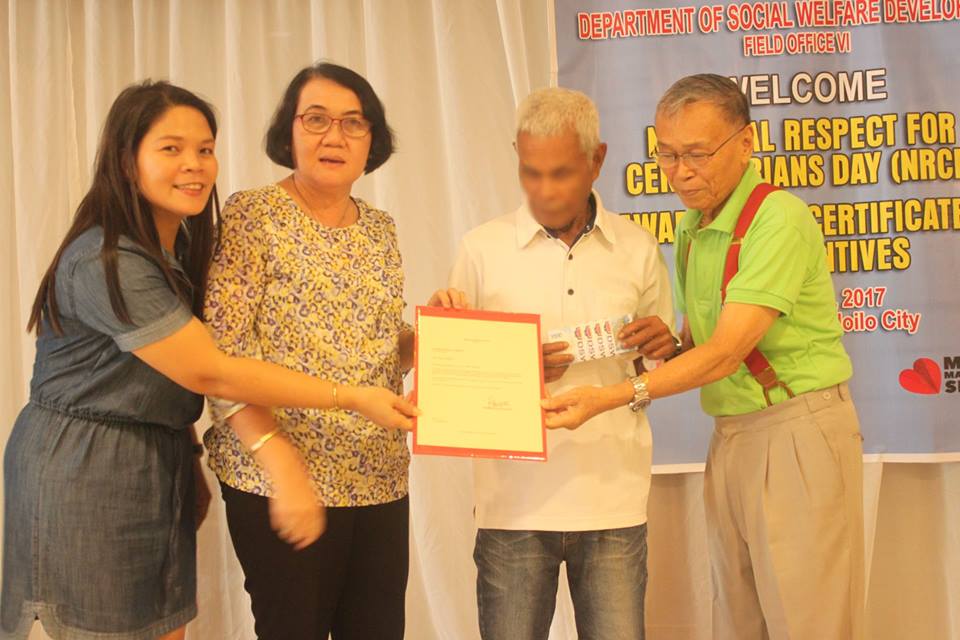 Together with the cash reward, the centenarians also received their respective letter of congratulations from President Rodrigo Duterte for reaching 100 years old or more.

DSWD-6 focal person for Persons with Disabilities and Older Persons, Judith Tanate, in an interview said there are only 12 remaining centenarians, all from Negros Occidental, who are yet to receive the cash incentives.

She explained that they are still waiting for the documents of these 12 centenarians so they could already disburse their cash and letter of felicitation.

Based on the guidelines of DSWD on cash incentives, original copy of the birth certificate of the centenarian is the primary document needed by the department. If not available, the department could accept primary identification card like the senior citizen’s identification and any Philippine government-issued ID which shows the citizenship and birth date of the individual.

Other alternative documents in case the abovementioned IDs are still unavailable, are baptismal or confirmation records, marriage certificate, old school documents, birth certificate of children, or an affidavit executed by at least two disinterested persons at least 80 years old with personal knowledge of the centenarian’s actual age or date of birth.

To recall, Western Visayas has a total of 360 identified centenarians for 2016. The department has allotted PHP36 million for their incentives. [By Cindy Ferrer, PNA]