Some 400 students, both incoming and existing third year to fourth year, of the Iloilo City Community College (ICCC) will get free tuition and other schools fees as the school is one of the beneficiary of the Universal Access to Quality Tertiary Education Act of 2017. 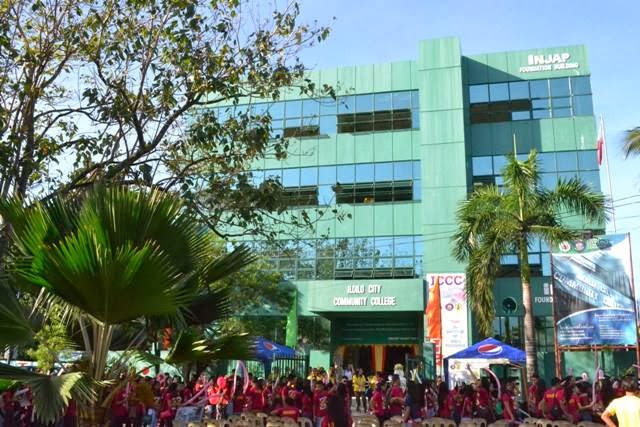 Octavio said the city college has qualified for the program, having been included in the additional list approved by the Commission on Higher Education (CHED) in its en banc meeting last February 13. The list consists of 78 universities and colleges established by local government units through an ordinance or other enabling acts.

“ICCC is the first school in Western Visayas that was given recognition by CHED for meeting the minimum requirements and the fifth community college in the country,” she said.

Before the college qualified for the program, ICCC students had to shell out PHP3,000 per semester even though they receive a subsidy from the city government. However, since they are “promising students”, the school established an Adopt-a-Scholar program to look for benefactors.

“Putting them side by side with students from other schools, their asset is their attitude,” she said, noting that she sees in them the “determination to graduate” because it could help “lift their family economically”.

“They come from the poorest of the poor,” she said.

Most of the students are employable because they undergo on-the-job training as early as in their first year.

As soon as they graduate, some are absorbed by firms. Graduates are also given assistance by the school until they find jobs.

Priorities are graduates of the K to 12 program from public schools, life-long learners, those who dropped out of college due to financial reasons and products of alternative learning schools.

Only 250 qualifiers will be accepted. They have to meet the general weighted average of 82 percent and with no grade that is lower than 80.

They also have to pass the schools entrance examination and interview.