Calligraphy workshops, tattoo sessions, performances and a large collection of artworks will be on full display at SM City Bacolod & SM City Iloilo for ‘All About Art’ event from February 16 to 28, 2017. 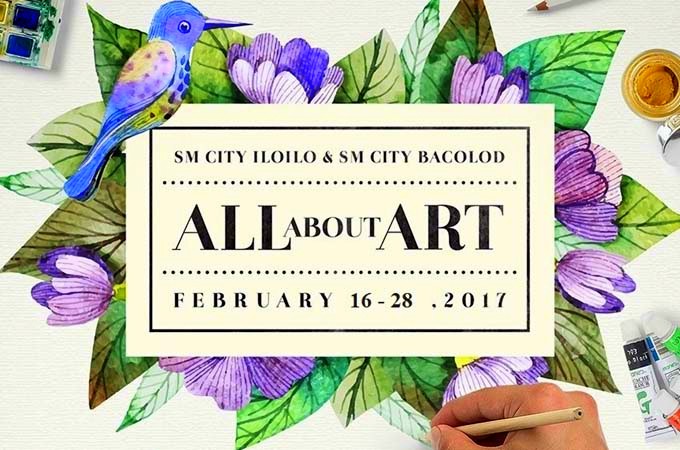 “All About Art” will be the region’s biggest gathering of Negrense and Ilonggo artists, artworks, and art enthusiasts in celebration of the National Arts Month.

A collaboration of the National Commission for Culture and the Arts (NCCA), local artists, SM City Iloilo and SM City Bacolod.

An Exhibit of children’s paintings and miniature Paraws at SM City Iloilo from Feb 16 to 19 and workshops on watercolor painting, calligraphy and doodling will be given by local artists at SM City Bacolod on February 19 to 23.

The colorful Sayaw Pinoy of the NCCA and A Night with Philippine Ballet Theater are featured at SM City Iloilo on Feb 18 & 25, while a treat from the Kuris Theater festival by the Performance Laboratory and OPM Ballet by the Garcia–Sanchez School of Dance will be shown at the Main Atrium of SM City Bacolod on Feb 20 & 25. 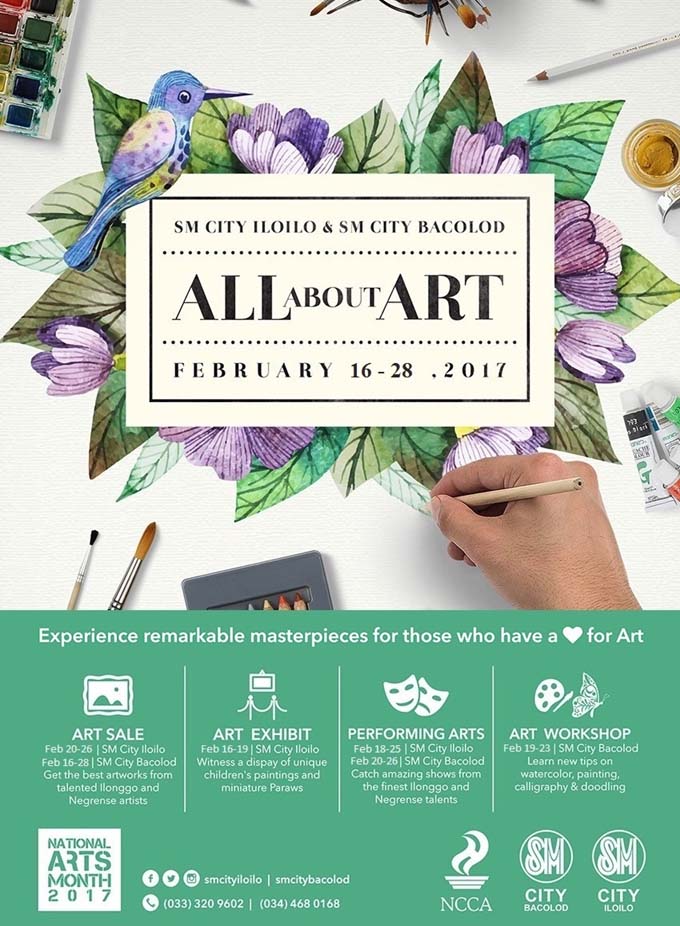 On February 26, ALL ABOUT ART will feature Bacolod’s booming tattoo culture for those who want to get inked.

Collectors can also enjoy the Art Sale until the end of February as both malls put together a large exhibit of paintings, crafts, photographs and installation art.