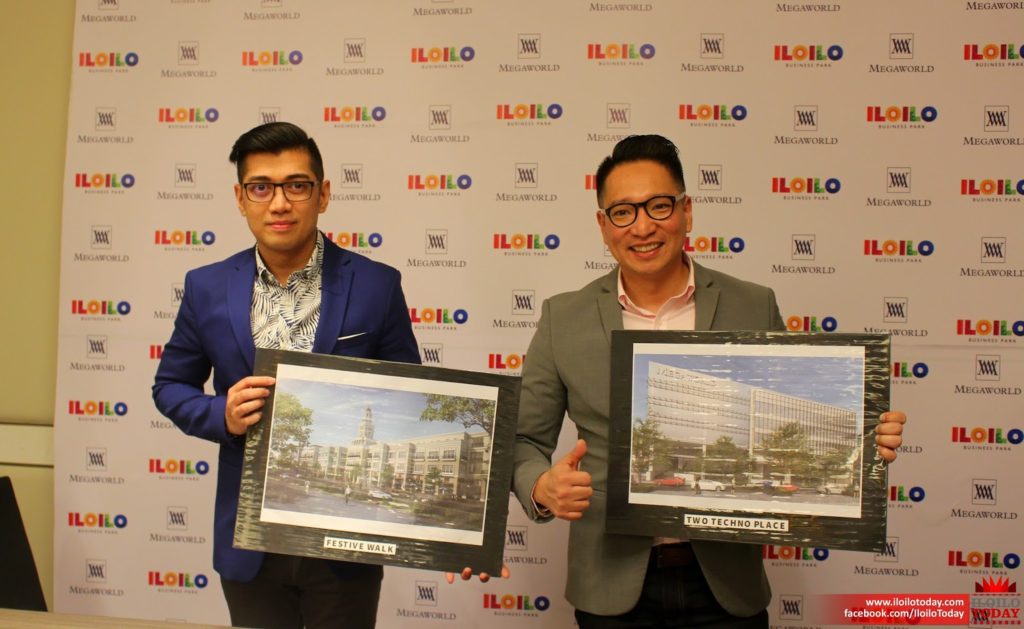 Two Techno Place is a five-level office building with an estimated leasable area of around 10,000 square meters. The tower will be able to generate around 3,000 jobs once completed.

Festive Walk Office Tower, on the other hand, is a four-level office building with around 12,000 square meters of leasable spaces. Upon completion, the tower will be able to generate around 4,000 jobs.

“During the last three years, we have experienced a spike in the demand for office spaces in Iloilo Business Park. Thus, we expedited the construction of our first four towers and we have decided to build more to meet the demand,” says Jericho Go, senior vice president, Megaworld.

The company is expected to reach 100,000 square meters of office spaces in the township by 2020 which will cater to around 40,000 workers, mostly in the business process outsourcing (BPO) sector.

At present, Iloilo Business Park hosts to around 15,000 office workers from the seven BPO companies that are currently based in the 72-hectare township in Mandurriao, which has been positioned to be Iloilo City’s central business district. These companies include StarTek, Transcom, Reed Elsevier, WNS and IQor, among others.

“We continue to see a bright prospect in Iloilo’s BPO industry. Several companies, most of them are first-timers in Iloilo, want to come in and expand here,” adds Go.

Last year, Megaworld mapped out the ‘Visayas BPO Triangle’ that gives focus on expanding office developments in its three townships in the Visayas, particularly The Mactan Newtown in Cebu, The Upper East in Bacolod and Iloilo Business Park in Mandurriao, Iloilo. By 2020, the three townships will be able to contribute around 200,000 square meters of office space inventory in Megaworld’s rental portfolio.