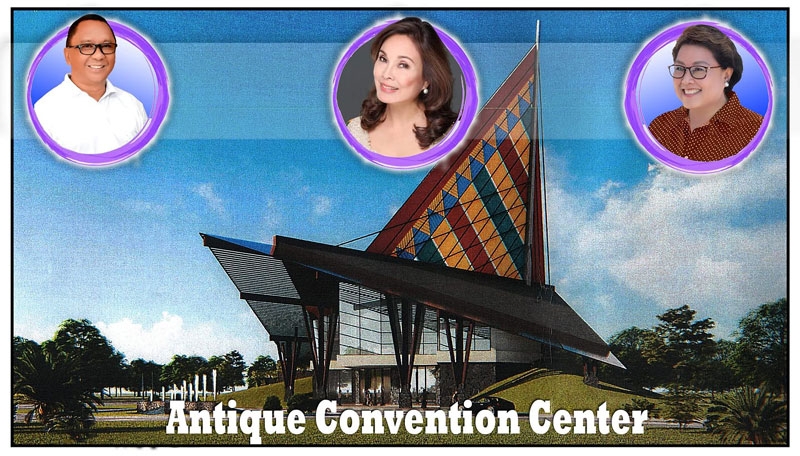 The current pandemic has not derailed the construction of the P300-million Antique Convention Center which will soon rise in Barangay Badiang, San Joe de Buenavista.

Antique Convention Center is one of the special projects under the “Build, Build, Build” program of the national government.

“Great news despite this pandemic. It is with pride and honor to inform my beloved San Josenhons that the construction of Convention Center, the first in Antique at Barangay Badiang, is expected to bring a big boost in our tourism, education and the arts, promote inclusive and sustainable economic growth, employment and decent work for all to the Heart of Antique,” said San Jose Mayor Elmer Untaran.

Antique provincial engineer Inocencio Dajao said on Tuesday the project, which began last June 11, is being constructed on a two-hectare lot, which is the counterpart of the provincial government.

“The Antique Convention Center is implemented by the Department of Public Works and Highways Regional Office 6 through a contractor,” Dajao said in an interview.

He said they aim to complete the one-floor structure, which will house a hotel and swimming pool, within a year.

Meanwhile, Untaran said the convention center would be a big boost to the tourism, trade, and commerce of this provincial capital town.

“The local government unit (LGU) is really looking forward to the completion of the convention center,” Untaran said.

He added that after its completion, they intend to invite both government and private sectors to hold their regional conventions at the Antique Convention Center.

“Hopefully, our problem on the coronavirus 2019 (Covid-19) would already be addressed so that the regional conventions could be held here,” Untaran said. “The Convention Center has a sitting capacity of 500 to 600 delegates.”

He also said that the municipal government and the local police are working hard to maintain peace and safety so that delegates who would come for conventions in the future would not have to worry. (via PNA)