The proposed Calle Real pedestrianization ordinance of city councilor Jason Gonzales hits a snag after the proposal was referred to the SP Committee on Transportation for further study and recommendation. 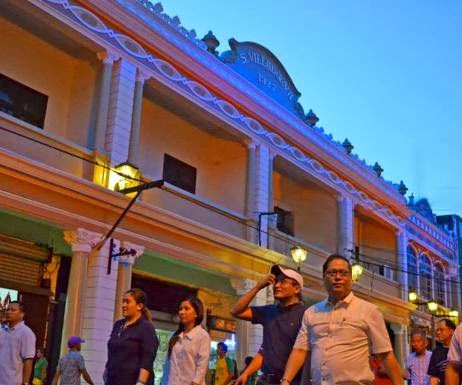 The SP committee is chaired by critic city councilor Plaridel Nava and during the SP regular session on Tuesday, March 25, publicly announced his opposition to the proposal as detrimental to the businessmen along Calle Real.

Nava said he is not anymore inclined to approve the proposal after several complaints reached his office, including a position paper of the Iloilo City Loop Alliance of Jeepney Operators and Drivers Association(ICLAJODA) and the statement of city congressman Jerry P. Treñas showing dissatisfaction over the experimental pedestrianization program.

However, Gonzales said he has in his position a statement of recommendation from ICLAJODA president Boyet Parcon showing the transport association’s approval of the program along JM Basa street every Sunday afternoon until early evening.

Gonzales said the three months experiment on the closure of Calle Real ended by the end of February and he proposed an ordinance to make the pedestrianization program permanent through a city legislative measure by April 27 after the Holy Week.

He said he envisions a walkable city through the closure o traffic along JM Basa to allow people from all walks of life to walk and see Calle Real and the many commercial heritage structures that remind the rich cultural and historical heritage of Iloilo City.

Other big cities in Asia such as in Singapore and Malaysia have a pedestrianization program solely for walking people. Iloilo City has the Calle Real to walk and enjoy every Sunday afternoon from 3 to 9 PM as business establishments in the area are also closed on Sundays, the city councilor said.

Gonzales justified his pedestrianization program as good for tourism, physical fitness, cultural heritage lessons, entertainment performances and appreciation of the Ilonggos on the rich history of the city.

He said the transport committee is composed of three city councilors. Aside from Nava, the other members are city councilors Lyndon Acap and Joshua Alim who earlier, showed their intentions to support the program. By Lydia C. Pendon