A team of Chinese acrobats, dancers and singers from Shenzhen, China, will perform in the 39th anniversary of the Philippines and China diplomatic relations and Filipino-Chinese Friendship Day. 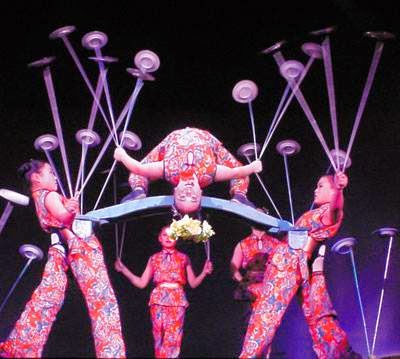 The Shenzhen Cultural Troupe of the People’s Republic of China (PROC), bringing their authentic costumes, traditional songs and dances and their skills in acrobatic dances, is performing in Manila, Iloilo and Cebu.

Iloilo Chinese-Filipino Cultural Association president Felipe Uygongco said an hour and a half free show for the Ilonggos will be held at the University of San Agustin gymnasium at 7 p.m. on June 11.

Uygongco said the acrobatic team from China may also join the Iloilo City celebration of the 116th Philippine Independence Day on June 12.

The visit of the acrobat team was made possible by the Department of Foreign Affairs, PROC Embassy, Federation of Filipino-Chinese Associations of the Philippines Foundation Inc., Iloilo City Government and the cultural association. By Lydia Pendon.