The Iloilo City Government through its Public Employment Service Office (PESO) and the Ayala Atria gathered some 50 local and overseas recruitment firms for a two-day job fair slated April 21-22. 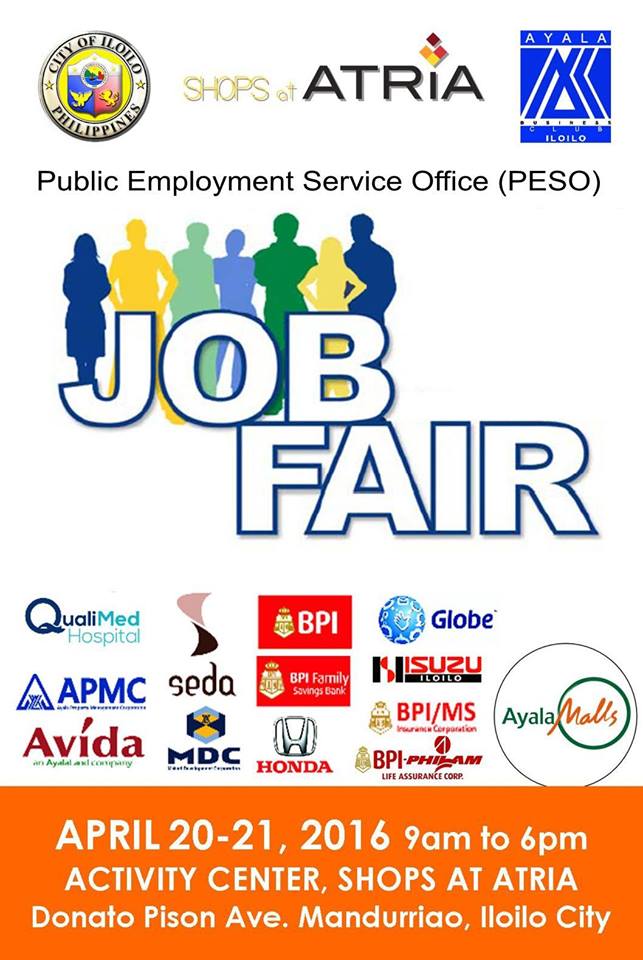 PESO manager Ma. Elena Benitez said that thousands of vacancies will be made available to job seekers during the activity.

What’s interesting she said is that there’s one company that will recruit nurses bound for United Kingdom and will not be asking placement and processing fees. Applicants only need to have a one year experience, she said.

Benitez said that YHMD Company is in need of 200 nurses every month to be sent to Riyadh. What is important is that they could understand and speak the English language.

She added that unlike other workers, the female cleaners will not be assigned in households. They will have their own accommodation and will be transported daily to their work.

Those who are interested may visit the city PESO at the 5th floor of the Iloilo City Hall. Applicants may bring with them their resume and passport. [via PNA]