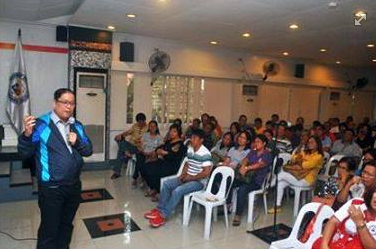 Mayor Jed Patrick E. Mabilog led the distribution intended for all barangays and public schools in the city.
“The war against dengue-carrying mosquitoes is far from over as we continue our quest to rid our city of this disease; hopefully, this solution we found will totally destroy breeding places and larvae of mosquitoes,” he stated.

Company representative Darius Torres explained the effectiveness of the chemical.

“It was proven to lower the rate of dengue cases by 95 percent in places like Makati and Pototan, Iloilo where we had our product tested,” he said.

The chemicals are totally safe for humans and animals, he added.