The Iloilo City Government in its quest to inspire Ilonggo athletes to excel in their field of sports discipline is giving incentives to successful champions. 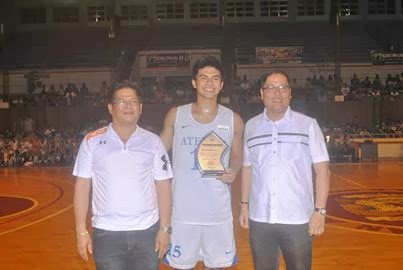 Kiefer Isaac Ravena brought honor, glory and pride not only for the city but for the whole country. His success truly inspires other Ilonggo athletes to do their best as they represent the city not only in national but international tournaments, said Mayor Jed Patrick E. Mabilog.

Ravena is a member of the Philippine National Team in basketball that won the gold medal in recently concluded South East Asian Games (SEA Games) held in Wunna Theikdi Indoor Stadium (A) in Myanmar last Dec. 11-22, 2013.

“Indeed, he (Ravena) is worth to be awarded for he gave honor and glory for the Ilonggos,” said Mabilog during the exhibition games between Ilonggo UAAP Players and Iloilo PRISAA at University of San Agustin Gym Dec. 27.

The SEA Games is being held every two years with the objectives of promoting camaraderie among neighboring countries thru sports.