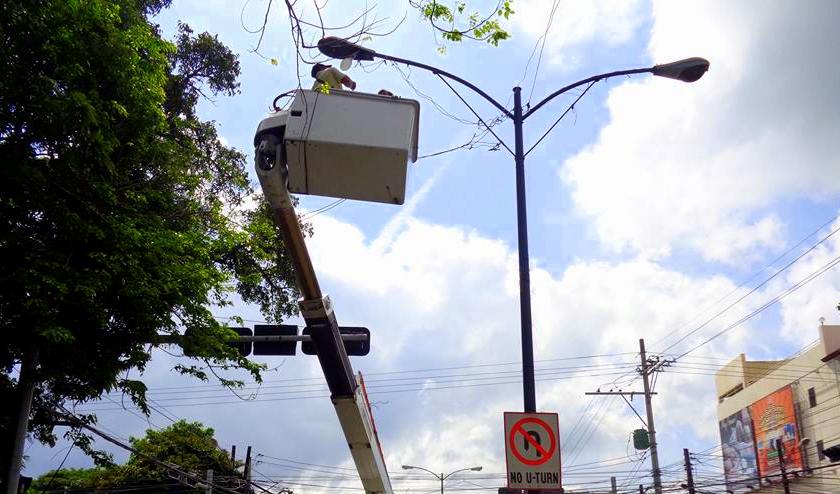 Using solar power LED lights is one way to discourage residents from connecting their electricity to the city’s streetlights, the mayor stated.

“If there are no streetlights which use electricity, then there will be no illegal connection anymore. We are also looking for the efficiency brought by this solar power LED lights, too,” he added.

The city is paying P7-million every month for all streetlights in the metropolis.

“Using solar power LED lights can save the city from paying P84-million per year. If the life of solar powered LED light is 10 years, then that is a big saving for the city,” said Mabilog.

The local chief executive will decide by next month whether to convert all streetlamps to solar power LED lights in the city next year.
The move was prompted by the fire incident over the weekend where 57 houses were gutted at Barangay Lopez Jaena Norte, La Paz district around 12:30 a.m.

The Bureau of Fire Protection (BFP) believed that overloaded electrical wiring in the area caused a short circuit and sparked the fire.
BFP-Iloilo City fire marshal Jerry Candido said they found power pilferers in the area, too.

Mabilog said the City Government will give P5, 000 to families whose houses were totally damaged and P2, 500 for partially damaged residences. [via Iloilo City PIO | Photo credits: Task Force Boltahe]