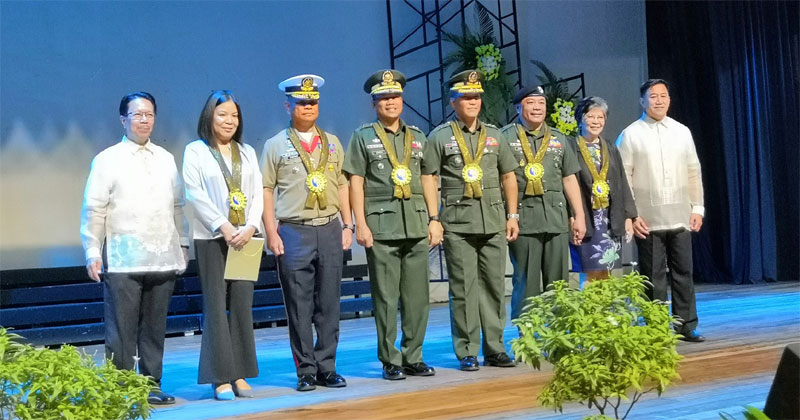 Central Philippine University Alumni Association Incorporated (CPUAAI) gave recognition to six generals of the Armed Forces of the Philippines who graduated from the university, during the 2019 Alumni Homecoming and General Assembly held recently at Rose Memorial Hall.

The generals were given Alumni Achievers Award for excellence in their careers as military officers and for bringing honor and pride not only to themselves and the AFP, but also to their Alma Mater.

One of the awardees is Brigadier General Custodio J. Parcon Jr., CPU High School Class of 1981, who is a recipient of Medal of Valor, the military’s highest and most rare combat award.

BGen. Parcon led the successful mission in 1993 when he and his team destroyed the terrorist camp and killed 46 members of the notorious Abu Sayyaf group in Basilan, leading to the rescue of kidnapped 5-year old boy Anthony Biel.

BGen. Parcon donated his Medal of Valor award to CPU during the ceremony.

The Alumni Homecoming and General Assembly is part of the weeklong celebration of CPU’s 114th Founding Anniversary with the theme “Central Spirit Leading Us Onward as One”.