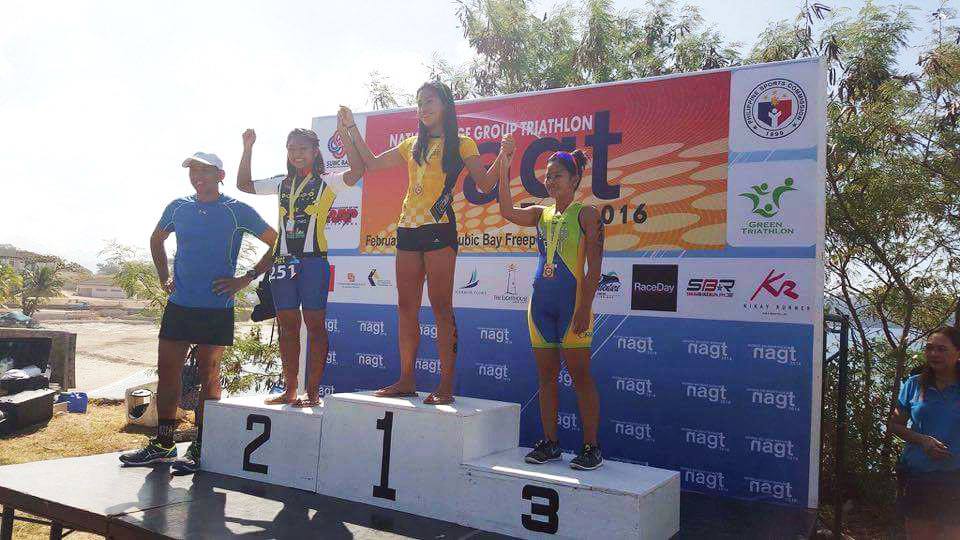 Besting over 30 other contestants from all over the country, Lamparero triumphed in the “16 years old and above” age group, making her the over-all champion in the one-day event.

A 2016 Grade 10 completer of the Central Philippine University High School and daughter of Tommy and Jo Lamparero, the 16-year old Jacqui joined the tournament to qualify for the national team.

“Triathlon isn’t just a sport but it is a healthy lifestyle. That’s why I love what I do. It requires a lot of discipline and you have to devote immeasurable time for training,” said Jacqui. “It will help you to be motivated in all things and develop a positive mindset. Whenever I am awarded, I feel proud and relieved because all of my hard work paid off and, most of all, I feel God’s blessings in my life,” she added.

Lamparero also garnered awards in prior legs of the NAGT. She won 3rd in Leg 1 in Subic Bay, February 21, and 1st place in Leg 2, March 20. She also earned awards in various triathlon events in the country.

NAGT is a national event organized by the Triathlon Association of the Philippines and sanctioned by the Philippine Sports Commission. [By Vic Alizon Morena/Central Echo]