The P11.2-billion Jalaur Multi-Purpose River Project Phase II (JRMP II) is a game changer for the province and city of Iloilo, according to Gov. Arthur Defensor Sr.

“We have a reason to celebrate. This is the game changer that will uplift the quality of life in the province and city of Iloilo,” the governor said during the groundbreaking ceremony and capsule-laying of the JRMP II at the Daewoo E&C temporary compound in Brgy. Agcalaga, Calinog on Feb. 27, 2019.

The ceremony signaled the physical construction of the project, after it hurdled legal and social impediments. JRMP II is the biggest dam constructed outside of Luzon.

Defensor underscored that the multibillion project is a realization of Ilonggos’ dreams after more than 50 years when it was conceptualized.

It was in 1960 when the Jalaur dam was conceptualized through Republic Act 2651 or An Act Providing for the Construction of the Jalaur Multi-Purpose Project in the Province of Iloilo and Governing its Operation After its Completion. 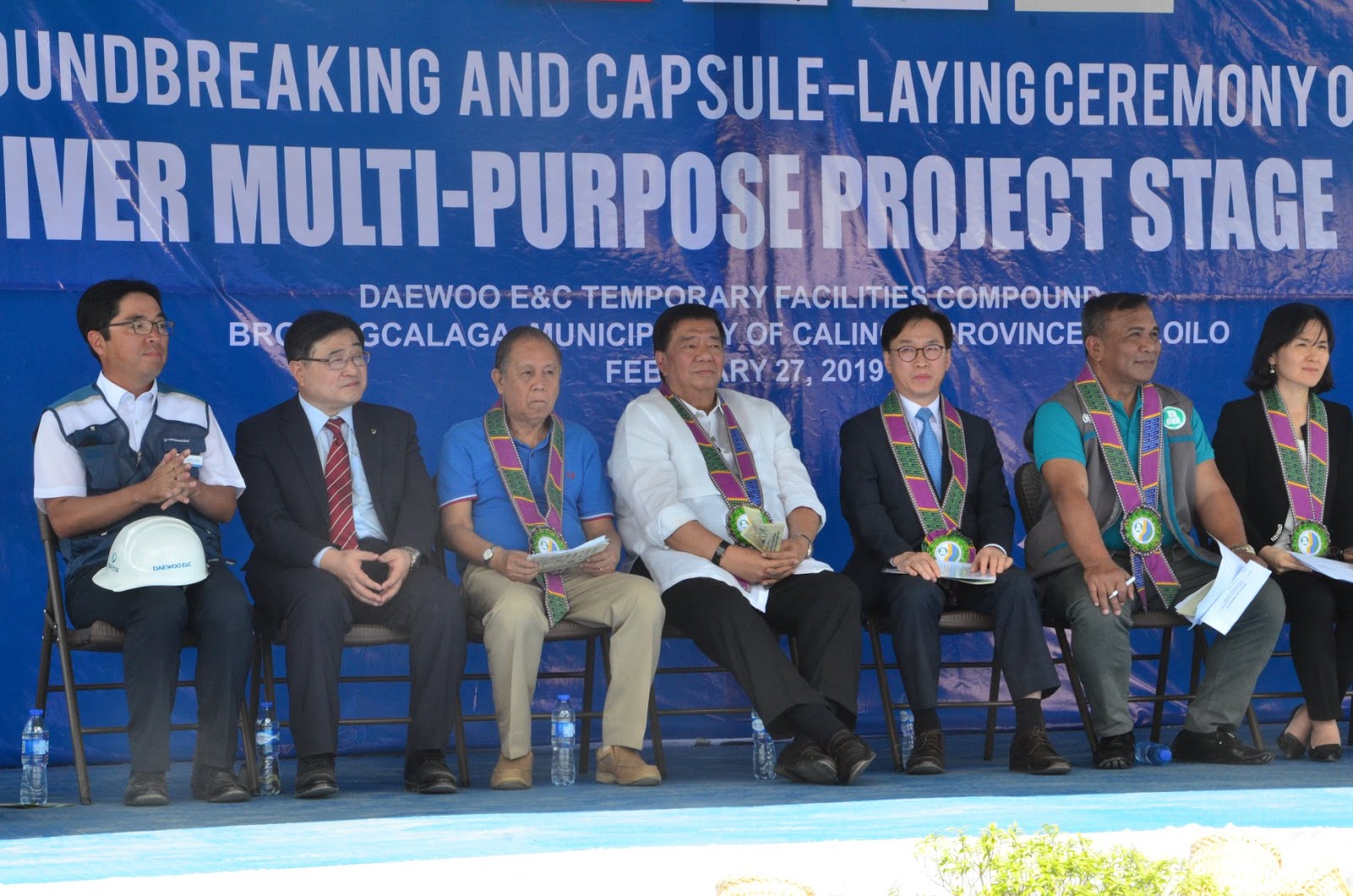 The bill was sponsored by the late Iloilo Rep. Ricardo Y. Ladrido. Its stage 1 was constructed in 1982.

Defensor recalled that in 2010, the former regional director of the National Irrigation Administration presented to him the plan for a Jalaur irrigation system.

It was then endorsed by the Provincial Development Council to the National Economic Development Authority.

But it was only when it was brought to the attention of then Senate President Franklin Drilon, an Ilonggo, that the project was realized.

Drilon personally worked on the funding of the dam when he went to Seoul, Korea in April 2011. And in 2012, a loan agreement with the Korean government was signed. The Korean government, through the Export-Import (EXIM) Bank’s Economic Development Cooperation Fund, extended a loan of $208 million under its Official Development Assistance program.

Of the P11.2-billion, the national government will have a counterpart of P2.2-billion.

Daewoo Engineering & Construction bagged the contract which was signed on Sept. 3, 2018.

Korea EXIM Bank Senior Executive Director Shin Deog-yong thanked the national and local government and other stakeholders for their efforts in addressing the issues of the project. 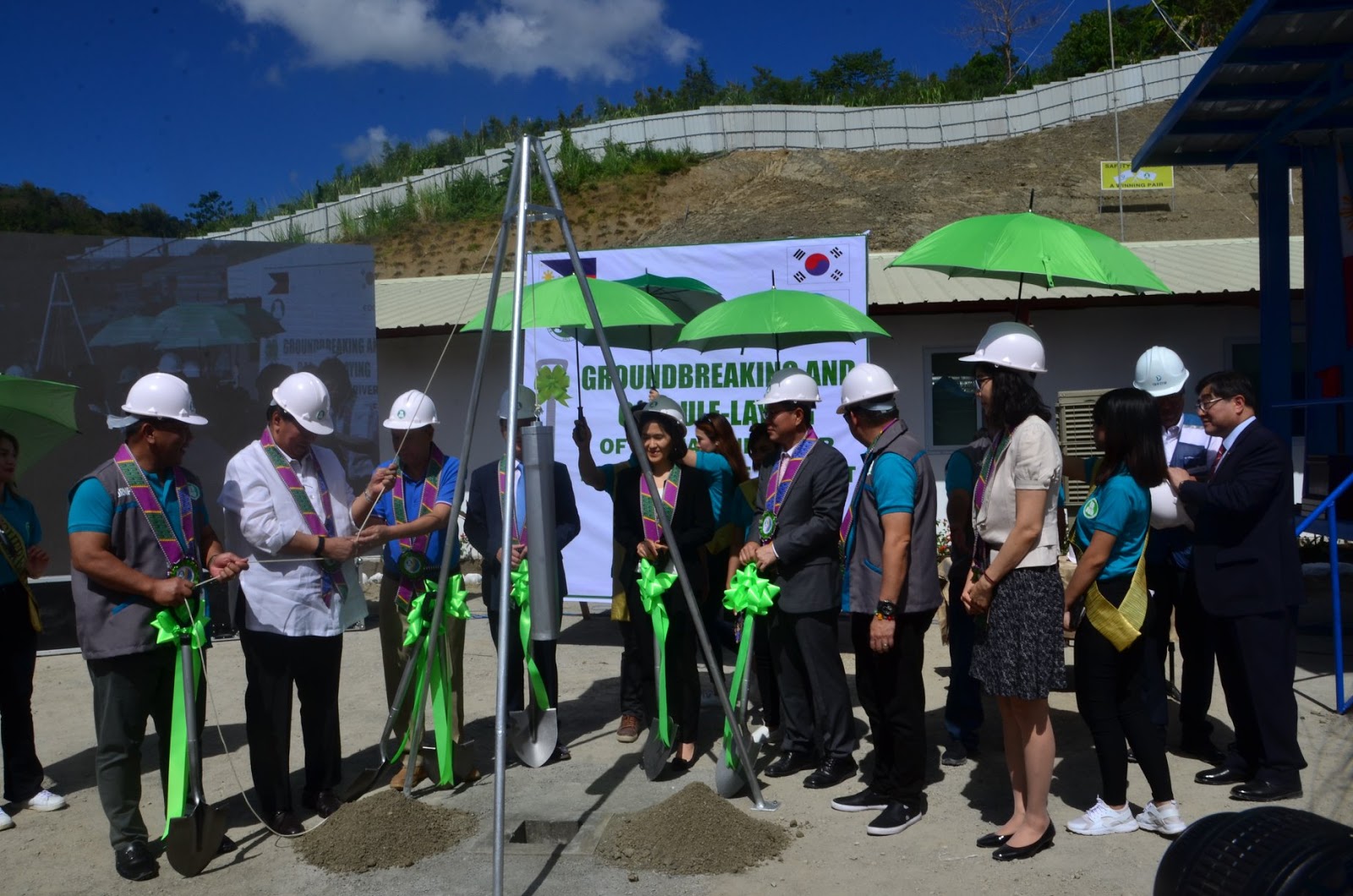 NIA Administrator Ricardo Visaya assured Ilonggos that the agency will “never allow anything to destroy your dreams.”

Meanwhile, Drilon underscored that the project is the biggest single public infrastructure project in the history of Iloilo. It is also the biggest loan extended by the Korean government for a single project, worldwide.

“I am proud to have played a little role in making this project possible,” he said.

He said that it will also make the province of Iloilo a model of rural development.

“If we all unite and work together to attain these goals, we can all say that if we fulfilled our dreams of a better and progressive Iloilo, it is because we all did our share,” Drilon said.

JRMP II, which is eyed to be completed in September 2022, is expected to uplift the lives of 25,000 farmers, provide 17,000 jobs during its construction in the next three years, double rice production to nearly 300,000 metric tons per year, irrigate 32,000 hectares in 22 municipalities and two cities in Iloilo, improve the average yield of farmlands to 5.2 metric tons per hectare, provide 86,400 cubic meters of potable water daily, and generate 6.6 MW of hydro electric power.