Iloilo City Mayor Jed Patrick Mabilog has been awarded as one of the most active environmental champions in Region 6 by Department of Environment and Natural Resources (DENR) Secretary Roy Cimatu. 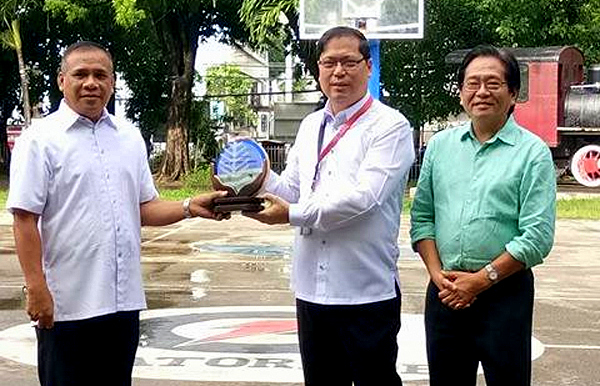 Mabilog was recognized “for his exemplary effort in spearheading the transformation of Iloilo River from waste basin into one of the cleanest rivers in the country.”

“I would like to inform everyone that this is the first award given to any official of a local government unit (LGU) all throughout the country by Secretary Cimatu,” said Lorilla.

Iloilo City was also a recipient of 2017 Gawad EMB Award by the Environmental Management Bureau (EMB) for the protection and conservation of the environment and continued support to the environmental programs and advocacy of the agency.

Mabilog said the citation would motivate him to create more programs and projects to sustain the cleanliness of Iloilo Batiano River.
“I am so happy because this is actually the first award of City Government given by the national government since we spearheaded the conservation project. I would like to thank DENR and Secretary Cimatu for this recognition. This is an inspiration and motivation that we should come up with programs in order to sustain the cleanliness and life of Iloilo Batiano River,” said Mabilog.

City Hall launched last May the Iloilo-Batiano River Patrol Team to ensure there will be no illegal activities in the waterway. It was created through Executive Order 47-A of Mayor Mabilog.

They also monitor all natural manmade obstructions in the waterways, including illegal encroachments and settlements as well as illegal fishpens; and activities that are detrimental such as illegal cutting of mangroves, use of non-compliant fishing gears, and wastewater and other pollutive discharges.

They further apprehend, confiscate equipment and file cases for violation of national laws and local ordinances relating to the preservation, protection and management of the river.