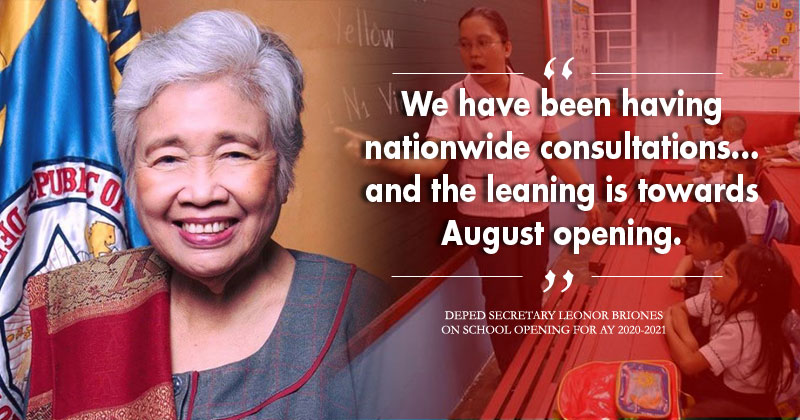 Department of Education (DepEd) is looking to open the next school year sometime in August, not June 1 as previously announced.

In an interview over CNN The Source, Education Secretary Leonor Briones said that they are having nationwide consultations on school opening with all stakeholders, and “the leaning is towards August opening.”

“We have to operate within the requirements of law. Sang-ayon sa batas, we have to open classes first week of June up to the last day of August. Yun ang window namin. Mukhang ang trend na lumalabas ay really for August,” Briones said.

The Education Secretary added that they will still take into account the recommendation of the Inter-Agency Task Force (IATF) on the coronavirus pandemic.

“Whatever recommendations or decisions the IATF will submit to the President will have an effect also on our graduation ceremonies,” Briones added.

To comply with the requirements of the law on the number of days in a school year, Deped is considering the possibility of make-up classes on Saturdays.

“But hindi ito face to face classes, they can do the work at home…They don’t need to go to school,” Briones explained.

Deped is also looking at alternative delivery modes where teachers can get in touch with students virtually, and then they can access the Deped Commons.

“We have to follow the 180 days of real schoolwork of the children,” she added.

Briones also talked about the possibility of holding of graduation during the enhanced community quarantine, but virtually.

“So far, only one region has made such a request, Region 11 in Davao. If they can comply with stringent requirements of Department of Health, they can have e-graduation,” said Briones. 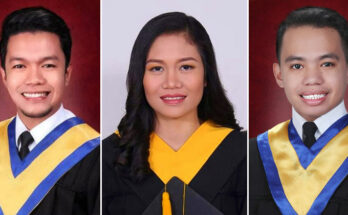 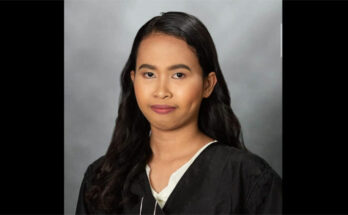