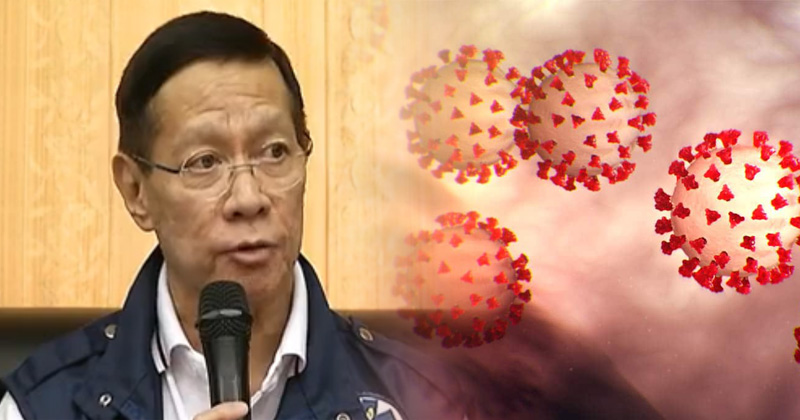 Department of Health (DOH) revealed today, February 2 that another Chinese from Wuhan admitted at San Lazaro Hospital in Sta. Cruz, Manila tested positive of 2019 Novel Coronavirus (2019-nCoV). The patient, which is the second confirmed case in the country, died yesterday, February 1.

This is also the first death due to 2019-nCov outside of China.

According to DOH and Research Institute for Tropical Medicine (RITM), the 44-year-old Chinese was a companion of the 38-year-old Chinese female first tested positive for 2019-nCov few days ago. They were both admitted for isolation and supportive treatment at San Lazaro Hospital.

Both patients are from Wuhan, China and arrived in the Philippines via Hong Kong last January 21, 2020. The second confirmed case was admitted for pneumonia last January 25, 2020 after experiencing fever, cough, and sore throat.

Over the course of the patient’s admission, he developed severe pneumonia due to viral and bacterial infections (S. pneumoniae and Influenza B). In his last few days, the patient was stable and showed signs of improvement, however, the condition of the patient deteriorated within his last 24 hours resulting in his demise.

“I would like to emphasize that this is an imported case with no evidence of local transmission. We are currently working with the Chinese Embassy to ensure the dignified management of the remains according to national and international standards to contain the disease,” Health Secretary Francisco T. Duque III said.

DOH is assuring the public that all measures needed to contain the spread of the virus is being strictly implemented and followed. San Lazaro Hospital has implemented rigorous infection control protocols while caring for these patients. Both patients were isolated following strict isolation standards, and all health personnel who came in contact with them practiced stringent infection control measures and wore appropriate personal protective equipment.

DOH also revealed that as of yesterday, February 1, 2020, twenty-four (24) patients under investigation (PUIs) tested negative for the 2019 Novel Coronavirus (2019-nCoV) while two (2) tested positive. Samples from four (4) other PUIs are currently being tested at RITM.

The Epidemiology Bureau (EB) of the Department is currently conducting contact tracing of passengers aboard the flights of the two positive cases. EB has secured the manifestos of the flights and is in close coordination with the concerned airlines. Contact tracing activities are ongoing in Cebu and Dumaguete, and in other places where the patients stayed and traveled to.

“The Philippine Government has already implemented a temporary travel ban for travelers coming from China, Macao, and Hong Kong. DOH is monitoring every development on the 2019-nCoV very closely and is taking proactive measures to contain the spread of this virus in our country. This health event is fast-evolving and fluid. We are continuously recalibrating our plans and efforts as the situation develops,” Duque assured.

“We are providing the public with constant updates and advisories as frequently as possible, so all I ask from the public now is to heed the advisories from official DOH channels and to refrain from sharing unverified and unvalidated information. I assure the public that we will keep you abreast of any information that we have,” he added.

Currently, there are no reports of community spread of the virus within the country. However, the public is still reminded to practice prevention measures such as proper hand hygiene and observance of cough etiquette.

As of 12 NN yesterday, February 1, 2020, DOH has reported five (5) additional patients under investigation (PUIs), bringing the total recorded number of PUIs to thirty-six (36). Twenty-three (23) PUIs are currently admitted and isolated, while ten (10) have been discharged under strict monitoring. DOH also reported a total of two (2) confirmed cases with one (1) mortality. The previously-reported PUI mortality was found to be negative for 2019-nCoV.

“The new developments warrant a more diligent approach in containing the threats of the 2019-nCoV. The Department of Health is continuously improving and scaling up its public health measures and reminds the public to remain calm and vigilant,” Secretary Duque concluded.