Department of Labor and Employment (DOLE) Region 6 Director Johnson G. Cañete directed all establishments in Western Visayas to refrain from requiring their female workers in wearing high heeled shoes as part of their get up in the workplace or company’s dress code. 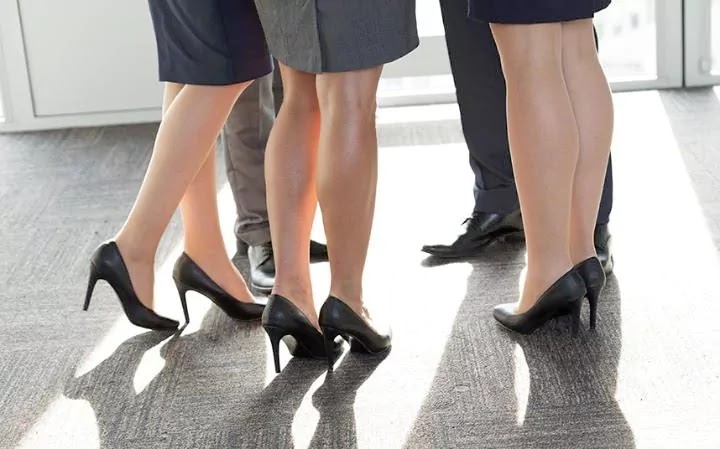 This directive is stipulated in the new DOLE’s Department Order No. 178, S. 2017 or the Safety and Health Measures for Workers who by the Nature of their Work have to Stand at Work.

The Order, signed by Secretary Silvestre H. Bello III on August 25, 2017 and will take effect 15 days after its publication in the newspaper of national circulation, aims to address the workplace safety and health issues and concerns related to the wearing of high heeled female shoes and/or standing at work for long periods or frequent walking, such as strain on the lower limbs, aching muscles, hazardous pressure on hip, knee and ankle joints and sore.

Cañete said it applies to all workers who by nature of their work, have to stand for long periods at work, or are frequently required to walk, such as retail and/or service employees, assembly line workers, teachers, and security personnel.

Dubbed as “killer” shoes, the pair of high heeled shoes has been the object of complaint of some female workers especially those assigned in establishments engaged in retail and/or service as part of their get up despite the nature of their work which requires them to stand for more than eight hours.

“This is a big help to our female workers who have long endured the discomforts and the pains of standing for long hours in high heeled shoes,” Cañete said.

As part of the Order, all employers and/or establishments are directed to institute appropriate control measures to address the risks to safety and health of workers while standing at work or frequently walking.

These include the implementation of rest period, or cut the time spent on standing or walking; installation of appropriate flooring or mats that will mitigate the impact of frequent walking and prevent fatique such as wood or rubber floorings; and, provision of tables or work surfaces with adjustable heights to allow workers to alternately sit and stand while performing their tasks.
Also include are the provision of readily seats to be used during rest periods or even during working hours, provided the employees can perform their duties in this position without sacrificing efficiency; and, implementation of the use of footwear which is practical and comfortable.

Cañete thus enjoined companies to comply and notify the DOLE office near them of their compliance on this Order.
“Once this Order become effective, our Labor Laws Compliance Officers will inspect and monitor companies’ compliance if they cannot submit a report to the DOLE,” he added.

The DOLE 6 intensifies its campaign on this new Order to provide the necessary information to the employers/establishments.