Department of Labor and Employment (DOLE) Region 6 will hold a simultaneous job fair on December 4, 2015 in Iloilo and Bacolod cities, in celebration of its 82nd Founding Anniversary with a theme “82 Taong Mahusay na Serbisyo sa Manggagawang Pilipino.” 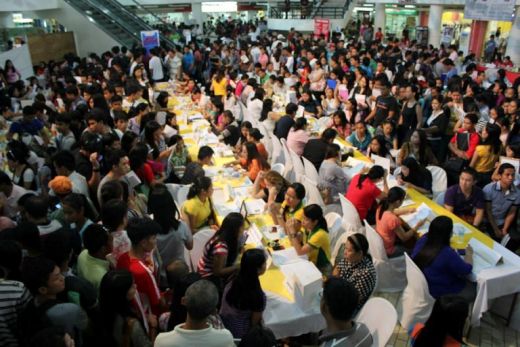 In Iloilo City, the venue of the Anniversary Job Fair will be the covered gym of the University of San Agustin in General Luna St. while in Bacolod City, it will be held at the newly opened 888 Premier Mall, Gatulao St..

About 60 companies and overseas recruitment agencies have already signified to join the job fair with around 15,000 job vacancies.

“Their number is expected to increase until December 3,” DOLE 6 OIC-Office of the Regional Director Cyril L. Ticao said.

For overseas employment, vacancies for registered nurses ranked first followed by job openings for skilled workers such as carpenters and drivers, and service crews and among others.

Ticao thus encourages the jobseekers to participate in the upcoming job fair and have a chance to get hired on-the-spot.

In its effort to facilitate the smooth flow of the job fair and assist the jobseekers to immediately enter the interview area, the DOLE Iloilo Field Office located in Commission Civil St., Jaro is having a pre-registration which started last November 28, 2015 until December 3, 2015.

On the other hand, the pre-registration in Bacolod City will start on December 2 to 3, 2015 at the DOLE Negros Occidental Field Office, Cottage Road, Bacolod City.