Dubbed as the Philippines’ first mobile science learning facility, the Department of Science and Technology’s (DOST) Science Explorer has now arrived in Iloilo to bring to schools that are under-equipped or have no science laboratories, a fun experience in learning science through cool and interactive experiments in the hope of inspiring them to pursue S&T courses in the future. 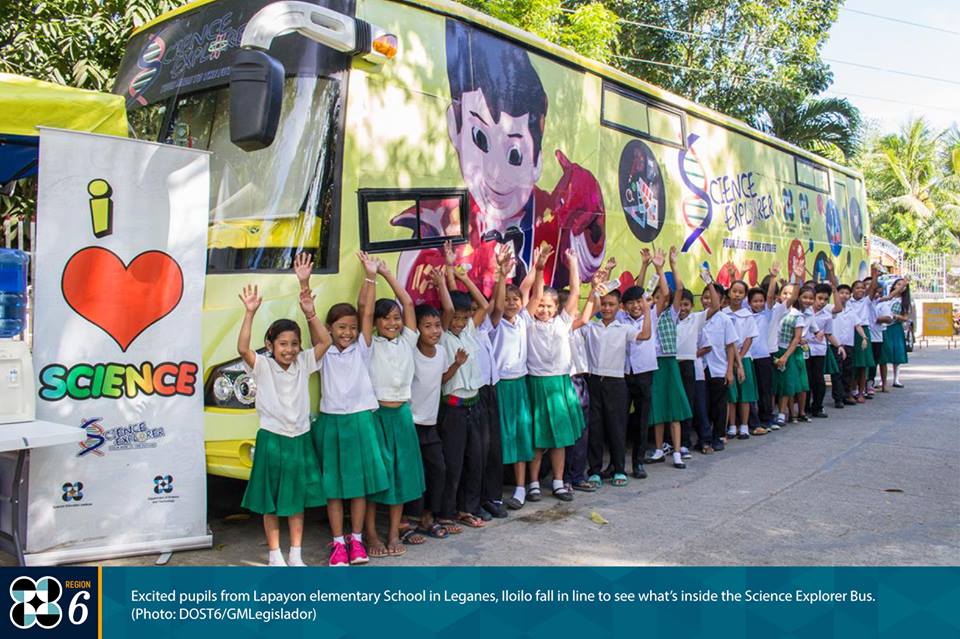 The Science Explorer accommodated a total of 570 pupils and students from Lapayon Elementary School and Lapayon National High School in Leganes, Iloilo on its first leg last January 26, 2018.

Run by the DOST-Science Education Institute (DOST-SEI), this year’s Science Explorer project is set to invade further the following schools in Iloilo:

Science Explorer features a growing collection of exciting modules that promote hands-on learning of complex science and mathematics fields. The Science Explorer Bus goes to underprivileged schools in the provinces as well as in Metro Manila.

Unveiled in 2010, the Science Explorer was conceptualized to help bring to schools that are under-equipped or has no science laboratory a hands-on experience in experiments and discover the world of science at an early age. (DOST6/JRAGabiota)