The Department of Tourism Region VI (DOT-VI) intensifies its campaign to attract Chinese tourists as it targets to increase Chinese tourist arrivals this year. 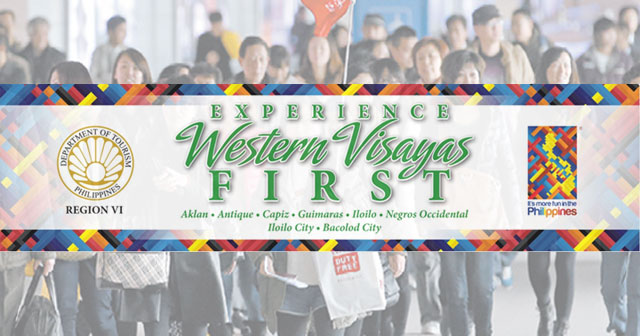 Data of the DOT-VI revealed that China is the second biggest foreign market of Western Visayas in 2017 with 386,021 tourist arrivals which is about 33.27% of the total market share. Topping the list of the foreign markets is Korea while Taiwan, USA and Australia place third, fourth and fifth, respectively.

The said move is in support to the goal of DOT of hitting 1.5 million Chinese tourist arrivals this year from 986,447 last year which is 43.33 percent higher than the 675,663 tourist arrivals Chinese nationals listed the previous year.

DOT Secretary Wanda Tulfo-Teo believes that the increase in Chinese tourist arrivals is a result of the warming up relationship of the Duterte administration with the Chinese government.

To note for the first month of 2018, Chinese arrivals increased by 29.55 percent for Western Visayas, which accounts to 111,344 tourist arrivals during the same period last year.

With the closure of Boracay in sight, DOT Region VI headed by Director Atty. Helen J. Catalbas is more vigorously promoting other destinations in Western Visayas. She said the agency is doubling its effort in coordinating with tourism stakeholders to come up with new tourism circuits that include new tourism establishments in the region.

“We want all destinations/attractions in the region tourism-ready with the closure of Boracay and always. They should be complete with facilities and amenities to provide quality service to the visitors. These destinations should be prepared to cater the top foreign tourist markets once new tourism circuits are established” Director Catalbas concluded. (REE)