Good news to all Ilonggo mall-goers! Department of Transportation (DOTr) and Land Transportation Franchising and Regulatory Board (LTFRB) announce the deployment of modern public utility vehicles (PUVs) in three newly approved routes to and from Vista Mall Iloilo.

Here are the newly-approved routes: 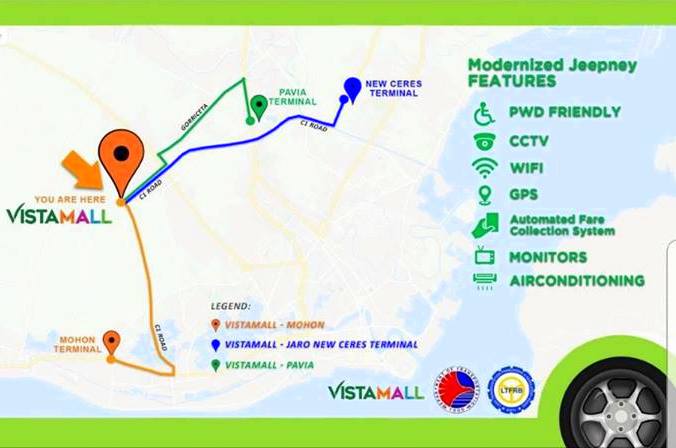 The modern jeepneys of Metro Express conforms with the existing environmental and product standards set by the Bureau of Standards. It has side doors instead of rear doors, and a higher ceiling that allows for standing passengers, which translates to a higher carrying capacity.

The transport company is operating a shuttle service to Savannah City Iloilo residents, and it also started to offer free point-to-point rides for Vista Mall shoppers when the mall opened in May.

The DOTr plans to replace all public utility vehicles (PUV) aged 15 years or older under its jeepney modernization program.