Department of Public Works and Highways has opened recently a 1.5 kilometer two-lane service road along the Benigno S. Aquino Avenue or the diversion road from the Iloilo Bridge up to Jalandoni St. in Jaro junction as part of the total road rehabilitation and widening package amounting some P1.7 billion. 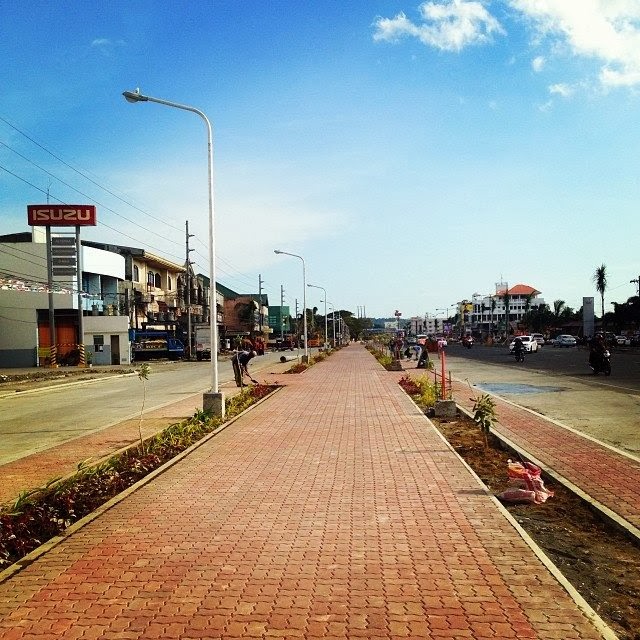 Ilonggo Senate President Franklin M. Drilon is instrumental in the realization of the biggest road project in Iloilo expected to be a model street in the entire Visayas in time for the hosting of two international meetings of the Asia Pacific Economic Council (APEC) in October 2015.

In his report to Ilonggo Senate President Franklin M.Drilon, DPWH Reg. Dir. Edilberto Tayao said the service road costs about P200million from the total road package that will include 12 kilometers more up to the Iloilo Airport.

The newly opened road is the first in the city and province of Iloilo that the arterial road has service road alongside. Tayao said there are two pedestrian overpasses located before and after Iloilo Bridge and two underpasses located in front of Brgy. San Rafael and SM City Mall being constructed simultaneously thereat.

The road is augmented by a bicycle lane made of red bricks and side service road widened from six to 10lanes. The contract construction of curbs and gutters, drainage system, bike and walk lanes, landscaping and lighting facilities by maximizing the available60 meters road right of way. By Lydia C. Pendon