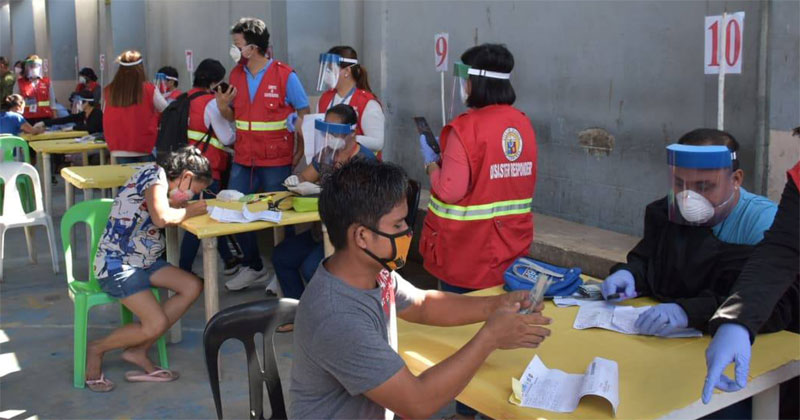 Of the number, 103,608 are members of the Pantawid Pamilyang Pilipino Program (4Ps) who received P4,650 top up SAP on their P1,350 monthly rice and health subsidy.

“Instead of downloading the funds to the local government units, the DSWD adapted the mixed payout scheme for the distribution of the second tranche,” said Macapobre.

Macapobre said some of the non-Pantawid families received their cash grants thru direct payments while others are via digital payout.

For its digital payout, the agency has partnered with Starpay and Rizal Commercial Banking Corporation (RCBC).

Meanwhile, the agency has also conducted direct payouts with its special disbursing officers with the assistance of Armed Forces of the Philippines and the Philippine National Police as well as the Department of Interior and Local Government.

The regional director said only beneficiaries from the three areas were qualified for the second tranche in accordance with the guidelines stipulated in the Joint Memorandum Circular (JMC) No. 2, S. of 2020.

Based on JMC 2, only areas under enhanced community quarantine up to May 15, 2020 are qualified for second tranche.

“Since there are still ongoing payout in few areas through our FSPs, we are reminding the beneficiaries to observe social distancing, wear face mask and face shield, bring alcohol and do constant handwashing. Let us not compromise our safety as we go out. If elderly, pregnant or with disability, your representatives — listed either no. 1 or 2 in your SAC form — can get your SAP cash grant.”

Apart from second tranche beneficiaries, the DSWD has also paid a total 187,507 additional or waitlisted families in the region — 145,933 for the first tranche and 41,574 for the second tranche.

Meanwhile, among the recipient of the P6,000 aid is barangay tanod Ruel Lozano of Brgy. West Habog-Habog, Molo, Iloilo City.

According to him, he only received a monthly allowance of P1,500 from their barangay and this emergency aid would be a big help to buy food.

Rogelio M. Java, a resident of Brgy. Sta Rita, Maasin, Iloilo also expressed his gratitude for being one of the second tranche beneficiaries.

Tatay Rogelio says he is very thankful to the government for responding to their needs in this time of crisis.