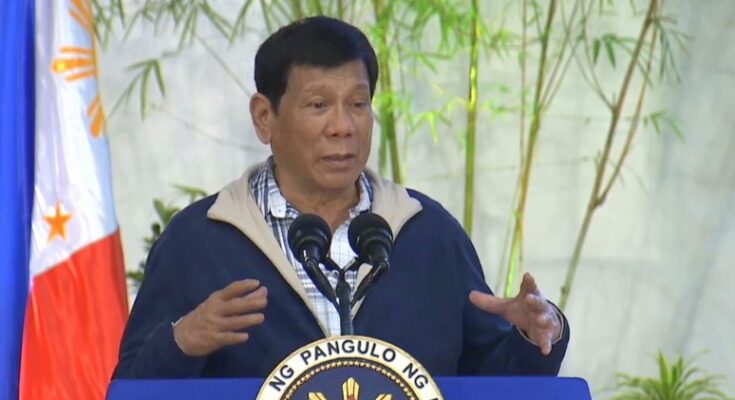 President Rodrigo Duterte urged electric cooperatives to ‘keep up with progress’ or else just quit, and he specifically mentioned the situation in Iloilo.

In a speech in Palawan on Thursday, Duterte said that people in the regions have long complained of power shortages that electric cooperatives fail to address.

“Alam niyo kasi itong cooperatives, you take Palawan, noong maliit pa ito, walang entrepreneurs na papasok just like any other community in the Republic of the Philippines. Mayroon lang silang kooperatiba. They contribute so that they can have energy,” Duterte explained.

Duterte repeatedly told power cooperatives to just give up and allow the entry of bigger players so that communities can have sufficient energy and flourish.

“Kung hindi na ninyo kaya, bitawan na ninyo at ipagbili na ninyo. Maraming pumapasok e. Talagang may pera at may track record…So kayong maliliit, bitawan na ninyo because you cannot keep up. You cannot progress with that kind of setup. Bigay talaga ninyo sa may pera so that the community can flourish,” he added.

It can be recalled that three Iloilo lawmakers filed a bill in Congress seeking to amend the franchise and expand coverage of MORE Electric and Power Corporation (MORE Power) to several towns in the province currently under Iloilo Electric Cooperatives (ILECO) I, II, and III.

They cited that MORE Power was able to bring down the power rate in Iloilo City to P6.38 per kWh in September, the lowest rate in the country for that month.

The bill, which seeks to amend Republic Act 11212 or the franchise to MORE Power to operate a distribution utility in Iloilo City, was already approved in the committee level of the House of Representatives. The committee report will be up for more discussions and debates in the plenary when Congress resumes this November.