It’s almost eighteen years to this day that the longtime animated show SpongeBob SquarePants has made its debut on Nickolodeon! So long, in fact, that it currently holds the title for the longest running Nicktoon that’s still running with 10 seasons and more than 200 episodes under its belt. 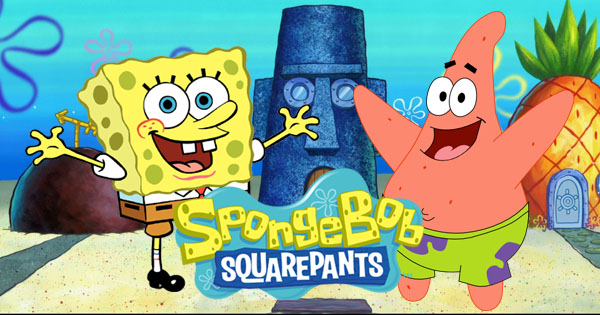 If you’re square enough, then you must know all about everybody’s favorite sea-dwelling sponge and his mateys! Of course, we know Spongebob works at the Krusty Krab as a fry cook, and that he lives in a pineapple under the sea, and that he has a lot of adventures with his best friend Patrick Star, but here’s a few more fun things we can add to what we know of the most famous resident of Bikini Bottom.

So famous is SpongeBob SquarePants that even celebrities like Johnny Depp, Victoria Beckham and Amy Poehler have done voiceovers of some characters in the show.

Bonus Fact! SM is reeling in our loveable yellow spongey friend from Bikini Bottom… SpongeBob SquarePants and his BFF Patrick Star is visiting an SM Supermall near you! Yes, that’s right, Patrick Star, too! And because he’s joining SpongeBob at the meet-and-greet, here are a few fun facts about him, too: he weighs only 2 ounces, lives under a rock, enjoys annoying their other friend Squidward, and has a big sister named Sam.

Catch SpongeBob SquarePants and Patrick Star this weekend at SM City Bacolod on April 29 at 5PM, and SM City Iloilo on April 30 at 3:30PM!