The Department of Information and Communications Technology (DICT) launched the connectivity sites of Pipol Konek or the Free Internet Access in Public Places Project in Iloilo City recently. 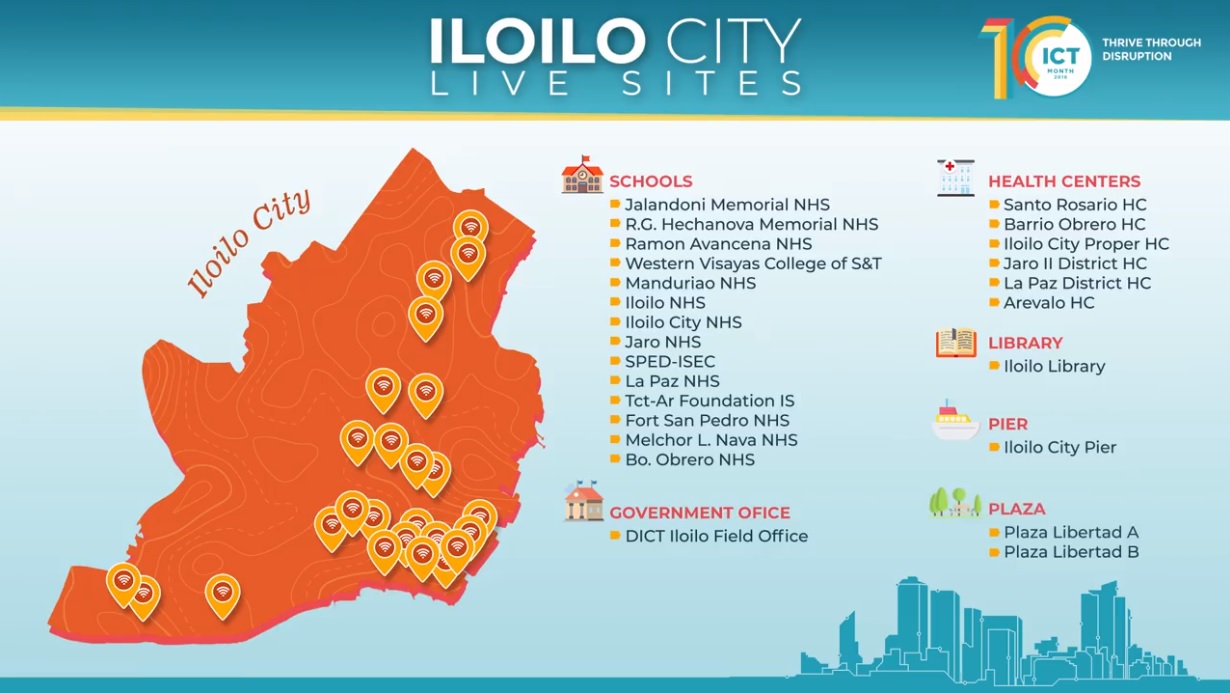 “We would like to express our gratitude to DICT. This initiative means a lot for us especially that most residents are using internet for research and connect with people around the globe,” Mayor Jose Espinosa III said.

Pipol Konek aims to raise digital literacy and citizen productivity in the country by giving easy access to government online services, information, and other online opportunities.

“I am glad that Pipol Konek has reached the City of Love. I am optimistic that these connections will not only give opportunities, but will also be sources of hope for the people,” DICT acting secretary Eliseo M. Rio Jr. said. (Merianne Grace Ereñeta/ Iloilo City PIO)