All the barangays in the Province of Guimaras were represented by their respective Barangay Disaster Risk Reduction and Management Councils (BDRRMCs) for a public gab on disaster preparedness and mitigation.

Ms. Siason rationalized how to disasters can affect the communities.

“Disasters can bring damage to our lives and properties. Hazards affect our communities and we must be prepared to combats its effects.”

“We must be equipped with knowledge and skills to be prepared not only in ourselves but also to our respective families and our fellow Guimaras,” she added. 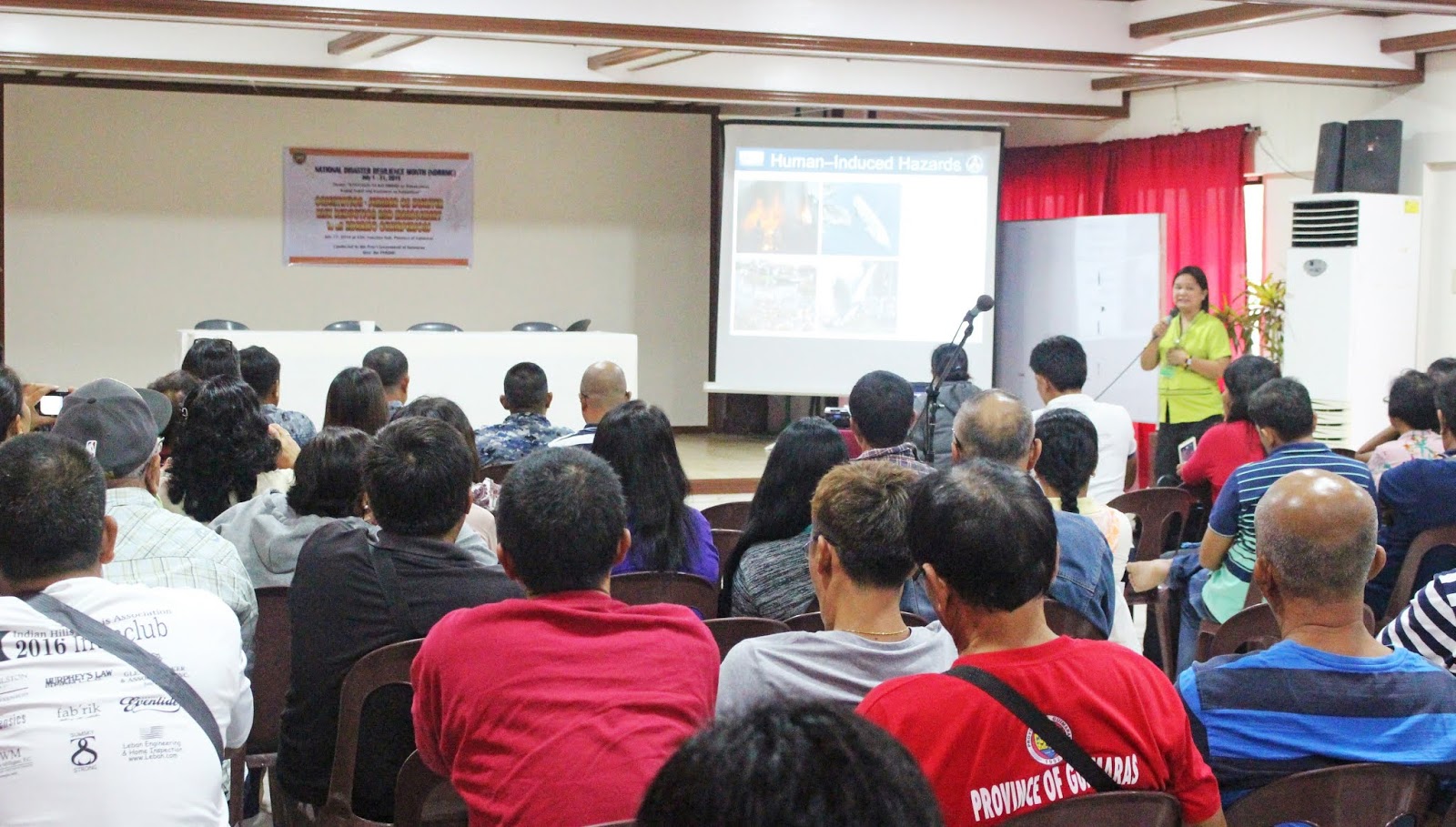 Meanwhile, the Philippine Coast Guard (PCG)-Guimaras led the discussion on several guidelines and circulars on the movements of vessels during inclement weather conditions and disasters.

The activity is in line with the observance of the National Disaster Resilience Month with a theme: “Katalagan sa Kalamidad ay Makakamtan kapag Sapat ang Kaalaman sa Kahandaan”.