An Ilongga beauty queen from the province of Guimaras was crowned as Miss Asia Philippines winner on Sunday, October 22. 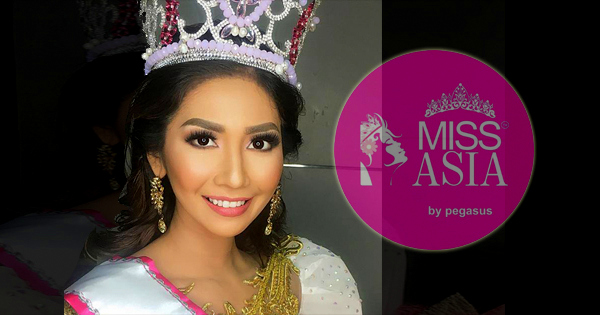 Mary Eve Adeline Escoto, who hails from Nueva Valencia, Guimaras, bested 12 other finalists from all over the country to win the title in a coronation night held at Negros Oriental Convention Center in Dumaguete City, Philippines.

Earlier this year, Escoto also a finalist in Miss Iloilo Dinagyang and 1st-runner up in Mutya nga Guimaras.

Miss Asia is one of the finest beauty pageants organized by house of Pegasus in India, which aims to showcase to the world not only the beauty but also the talent and the confidence of young women in the Asian and Eurasian Countries.