The #Hablon entry bested 7 other masterpieces of Iloilo-based designers in a competition for a prominent piece of public art in the near the geographic-center of the business hub. 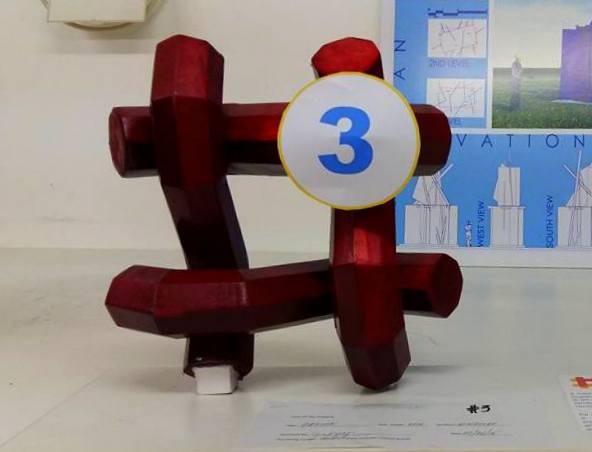 The winning public art will be installed at the Rotunda of 15-hectare Gaisano ICC, and is envisioned to become a symbol of the City Center and showcase local Ilonggo art and culture.

In its entry, Balai Architecture & Urbanism explained that “the #HABLON or hand-woven cloth symbolizes Iloilo City’s fame as the ‘Textile Capital’ of the Philippines in 19th Century.”

“The hand-weaving industry brought urban concentrations in Mandurriao, Jaro, Molo and Arevalo – which currently are the four of seven districts of Iloilo City.”

“Hablon is an icon of Ilonggos’ industry and creativity in transforming the local fabrics such as cotton, abaca and piña into world class textile. These celebrated products had made Ilonggo prominence in the global trade and commerce.

“The #Hablon-inspired public art for Iloilo City Center represents the rich heritage and cultural prominence of the Ilonggos. The centerpiece of the new business hub should be a reminder to the Ilonggos ingenuity that weaves every vital fabric of past and present societies into a sustainable progress.”

Gaisano Iloilo City Center is a P12-Billion project of Heva Management & Development Corporation (HDMC), a modern commercial complex with mall, trade center, office buildings, boutiques, as well as a hospital, church, school, and an entertainment and recreation center that will generate 10,000 jobs for Ilonggos.