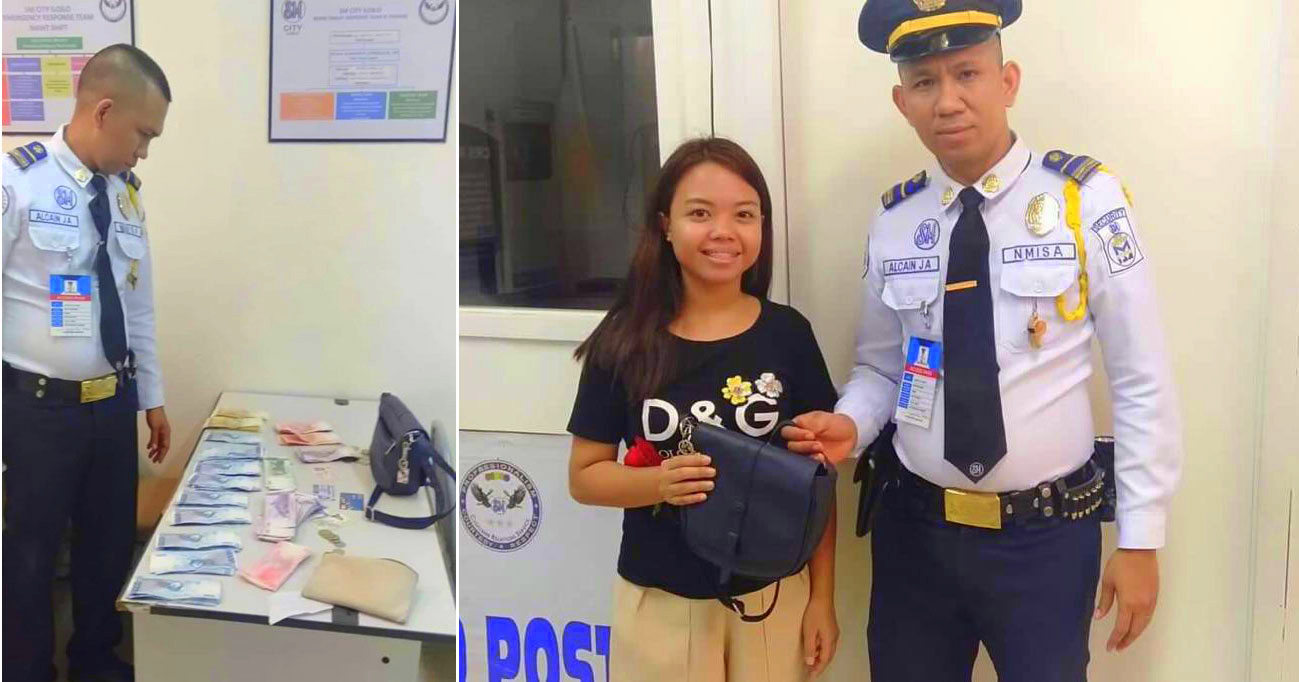 Faith in humanity is never lost as security guard of SM Cinema in SM City Iloilo chose honesty over the large sum of money he found during the clearing of the area after the last full show at the cinema.

At around 11:15pm of June 6, 2019, security guard Jacinto Alcain found a blue shoulder bag at SM Cinema 7. He Immediately turned the bag over to The Customer Relations Service(CRS) office of the mall, and when it was opened, it was learned that the bag contained cash and identification cards of the owner.

The owner, found out to be Ms. Justine Miles Dulogildo of Pavia, Iloilo, probably after realizing that she lost her bag when she got out of the cinema, went back to the mall around 12:25 am and was able to get her bag back, after verification with the CRS office.

This is not the first time SG Alcain was able to return valuables found in the cinema. Records in the mall, some were also reported in the past, shows that there were several times that the honest security guard showed his integrity and honesty in the conduct of his job.

SG Jacinto Alcain will be given recognition by the mall for his deed and for being a good example to the community.