An honest taxi driver returned a wallet with cash and other belongings left behind by a passenger on Friday, February 3. 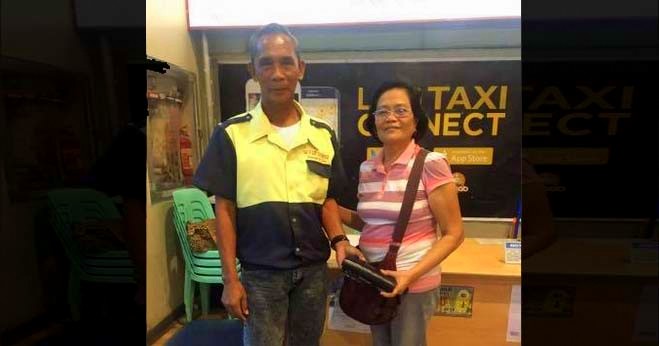 The lady passenger, who requested anonymity, contacted the taxi company that she forgot some personal belongings on the cab. Staffs of Light of Glory tracked the items and then facilitated the return to its rightful owner.

It’s not the first time that a driver of Light of Glory taxi returned a huge amount of money.

In December 2015, Anselmo ‘Hanzel’ Nava of the same cab company returned P300,000 cash and other items also left by a passenger on the backseat of his car.

He was rewarded P10,000 by the Land Transportation Franchising and Regulatory Board (LTFRB) officer, and plaque of recognition and incentives by his company for his honest deed.